Researchers at the Charles Perkins Centre found that human beings and other animals have different appetites for different occasions. 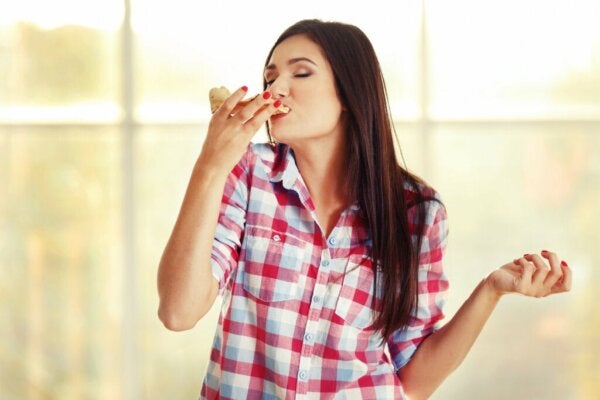 Scientists have discovered that humans and other animals have five different appetites. Appetite is actually a much more complex phenomenon than you might think. The body is a sophisticated machine that always tries to be in balance.

For starters, it’s important to differentiate between hunger and appetite. The first is a strictly physiological need. You feel hungry because your body is demanding the nutrients it requires to properly function. You could say that hunger is a request for the fuel your body needs to operate.

Appetite, on the other hand, is a more complicated process. First of all, it’s more associated with pleasure than with survival instinct. Your body’s basic needs don’t necessarily stimulate your appetite. There are other factors at play, which is why scientists believe that there are different types of appetites.

“Your diet is a bank account. Good food choices are good investments.”

Before talking about different appetites, we should point out that the hypothalamus regulates humans’ need to eat. It sends signals when it needs nutrients to compensate for energy expenditure. It also tells your body when it’s had enough.

However, past studies found that the hypothalamus doesn’t always signal the body to stop eating. This happens particularly with foods high in fats and sugars. As a result, you can eat a lot of these foods and not feel full.

Sugar and fat also stimulate the production of two neurotransmitters: dopamine and serotonin. Both are related to feelings of pleasure and well-being. As you might suspect, this means these foods can be addictive. Your body reacts to them the same way it would to a drug.

Now scientists have some fascinating new data to add to what we already knew. We owe this new information to biologists David Raubenheimer and Stephen J. Simpson, who’ve studied the subject for more than 30 years. They published the results of their research in the book Eat Like the Animals.

The title itself is very suggestive and alludes to what these two researchers found. Their main study focused on lobsters. They gave a nutrient-rich, low-carb food to a group of lobsters. Scientists also offered them another food rich in carbs and low in nutrients.

They experimented with different foods, always offering nutrient-poor and nutrient-rich options. The lobsters ate a balanced diet. In other words, they ate the appropriate amount of protein, no matter how many carbohydrates they had available.

To further explore these findings, the scientists experimented with two other groups of lobsters. They fed one of the groups a high-carb and low-protein diet. The other group received the opposite: high-protein and low-carb foods. Each lobster was allowed to eat as much as it wanted.

The group that got plenty of protein ate very few carbs. The group that received the high-carb diet, on the other hand, ate a lot more to make up for the lack of protein. Why do these animals prefer protein? The answer is simple: protein guarantees better development and survival.

The researchers actually repeated this experiment with humans and got the same results. This is how they discovered that there are different types of appetites.

Finally, researchers concluded that there are five different appetites: protein, carbohydrates, fats, calcium, and, lastly, an appetite for sodium (salt). In the case of humans, the first three are grouped together in the “macronutrient” category.

Ultra-processed foods contain mostly fat and carbohydrates. They usually don’t have much protein. Consequently, if your diet is made up primarily of these foods, you have to eat more to reach the level of protein that your body requires.

Raubenheimer and Simpson conclude that human beings, just like 50 other animal species, have built-in mechanisms to find balance in the foods they eat. However, this only works correctly when you eat foods that humans have evolved with. Otherwise, the balance is disrupted. So maybe we should take their advice and start eating “like animals”.

Why Do You Eat More When You’re Stressed Out?
Emotional eating is a reality and stress can make this worse. In this article, you'll learn why you eat more when stressed out. Read more »

Link copied!
Interesting Articles
Diet and Nutrition
Obesity and Guilt - Are You Truly at Fault?

Obesity and guilt go hand in hand. Do any of these expressions sound familiar? "I'll begin tomorrow", "This is the…

Diet and Nutrition
Calcium and Magnesium Deficiency Can Cause Insomnia

Believe it or not, according to several clinical studies, calcium and magnesium deficiency can cause insomnia. Your diet exerts a…

How many times have you tried to follow a healthy eating plan and failed to stick to it? You may…

Diet and Nutrition
Why Do You Eat More When You're Stressed Out?

Why do you eat more when you're stressed out? The relationship between stress and food has a long history. Stress…

Diet and Nutrition
The Psychological Benefits of Intermittent Fasting

We live in the age of diets. There are diets to detox your body, ketogenic diets to lose weight, diets for…