Nutrition and Genetics: The Paleolithic Diet

The Paleolithic diet is becoming very popular these days. But what does science have to say about it? Is it really effective? Read more about it here! 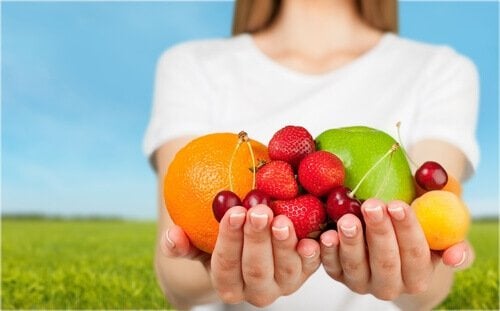 We’ve recently seen many diets and nutritional theories that promise miraculous results for whoever follows them. These range from losing weight without having to count calories or going hungry, to guaranteeing a longer life and better health. One of the most popular ones is the Paleolithic diet.

Does this nutritional system have any beneficial effects? Or is it just a trick to sell books and make some money? In this article, you’ll discover all you need to know about this diet.

The Paleolithic diet: What’s it all about?

People call the Paleolithic diet the “Paleo diet”. This diet is based on the idea that our genetics play a fundamental role in the effect f0od has on our bodies. As such, humans haven’t adapted to the new foods that agriculture brought with it.

They argue that evolution changes our bodies in extremely slow ways. That’s why the new foods that our ancestors started to eat after the Neolithic have a harmful effect on our bodies.

Due to this, the proponents of this diet propose that we should go back to eating only what cavemen ate. That means that we should only be consuming meat, fish, vegetables, fruits, seeds, and some roots and tubers.

At first glance, the list of foods that the Paleolithic diet accepts seems reasonable to most people. After all, the majority of people consider these to be healthy foods. However, the Paleo diet is controversial because it states that it’s really bad to eat wheat and all its derivatives.

Why do they believe cereals are bad for you?

For fans of the Paleolithic diet, cereals are one of their worst health enemies. Since Robb Wolf, one of the first proponents of this nutritional program, popularized the diet, its followers have heavily criticized this food. They argue that agriculture was one of the worst mistakes in human history.

The main argument that defenders of the caveman diet use to vilify cereals has two parts to it. First of all, they claim that cereals don’t have a significant nutritional value. Specifically, they say that they can’t provide you with the nutrients you need to live. Secondly, they believe that cereals are riddled with antinutrients. These substances interfere with your body’s ability to absorb all vitamins and minerals. And what’s worse is that they make you sick.

The fact that society has always seen bread and cereals as good things doesn’t matter to them. People who follow the Paleolithic diet must completely cut out these foods from their lives. But is it worth it? Does this diet really work?

One of nutrition’s main problems is that scientists still don’t have everything figured out. Another major issue is that it’s very difficult to conduct clinical studies to prove the effects of this or that diet. Those are the reasons why there’s no official scientific consensus on what’s healthy and what’s not.

Nevertheless, the latest evidence on the Paleo diet indicates that it could have very beneficial effects on your physical and mental health. That’s why experts recommend trying to follow the Paleo diet for a month. After that, you can decide whether you want to stick to it permanently or not.

So what can I eat according to this diet?

The premise of the Paleolithic diet is very simple: eat only those foods that your ancestors could find in the wild. You have to cut out all cereals, but you can eat practically anything that comes from animals or plants.

You also have to avoid processed foods. After all, in the environment in which we evolved, there were no sugary soft drinks or French fries. Since these are very recent inventions, they harm your body even more than cereals do.

Even though scientific research doesn’t back up many modern diets, the Paleolithic diet seems to be an exception. Nevertheless, before making a radical change, you should consult a specialist. Only they can tell you whether it’s good or bad for you to follow a certain diet depending on your circumstances.

Arthur Schopenhauer was one of the most renowned German philosophers. The quotes we share here are gifts to those who want…

Culture
The Color Purple - A Story of Trauma and Resilience

The Color Purple is a Pulitzer Prize-winning novel by African-American writer Alice Walker. Steven Spielberg directed the film adaptation in…

Some angels don't have wings. They have four paws, furry bodies, round noses, alert ears, and unconditional love. Living with a dog changes your life. Not only is it a huge…