A Strong Character and Resilience: What's the Connection?

Resilient people with a strong character stand out in a crowd. They have the strength to withstand adversity, are purposeful and know their limits, and also show great sensitivity. 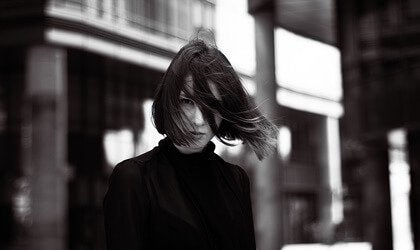 A strong character and resilience are intimately related. People with these two characteristics know how to deal with reality and adversity. They don’t bully other people. On the contrary, they have soft hearts armored with tough shields that allow them to give the best of themselves.

The term “strong character” can be a little confusing. When you hear those words, you probably think of a demanding person who imposes their will on others. The truth, however, is more complex. Psychology has been studying this trait for a while now and offers interesting insights into it.

Rachana Kamtekar, a philosophy professor at Cornell University, explains that just as Aristotle argued in the Nichomachean Ethics, being virtuous in life doesn’t just mean being “good”. It means, for example, knowing what is truly good in the world, knowing what paths to take and which to avoid, etc. This habit also requires strength. You must develop a strength of character that helps you tackle the day-to-day without losing your essence.

Although personal development gurus often say that optimism and hope are the keys to overcoming difficulties, there are many other important traits to consider. If you have a strong personality and you can deal with the ups and downs of life, you’ll have a distinct advantage. It’s all about having a good attitude, emotional stability, and a clear purpose.

“Bad times have a scientific value. These are occasions a good learner would not miss.”

Traits of Resilient People with a Strong Character

Most people are familiar with the idea of individual resilience, but what about resilience on a societal level? Studies such as this one from Dr. Carl Folke of the University of Wisconsin-Madison talk about societies which are more resilient and able to withstand changes. Not only do they adapt to changes, but also come up with new ways of living and working. The social resources available to them also change. The same can happen on a personal level, and the motivating force that gets you there is a strong character.

A strong character and resilience have an intimate and direct relationship, although most people don’t think about it. Jamie D. Aten, a psychologist who specializes in humanitarian disasters, describes the nuances of this relationship.

It isn’t just optimism. Rather, it’s the ability to face reality.

People often associate resilience with positive psychology. However, there are some important points to consider here. Sometimes, for example, a person who forces a positive attitude in every situation might not be in touch with the real demands of each situation. It’s also possible that they don’t accept their reality for what it is.

The prevailing message that most people hear in the media is that you have to be happy and optimistic. It seems like that is the only way to be. Most people have become intolerant to loss, mistakes, or sadness. People with a strong character, however, see things exactly as they are. That goes hand-in-hand with resilience and invites you to see, accept, and face the obstacles in your way.

Being brave enough to face reality is what gives you authentic motivation and strength.

Sometimes people with a strong character can make others uncomfortable. They’re sincere and determined and have no qualms about expressing what they don’t want and don’t like. They also clearly express their needs. That being said, they never disrespect anyone or bully them. As we mentioned at the beginning, having a strong character also goes hand in hand with sensitivity and empathy.

People who are resilient and have a strong character are also hopeful and have clear goals. Their hope plays out in concrete, achievable goals. Their optimism translates to taking baby steps forward and overcoming problems while keeping an eye on their values and purpose.

A strong character and resilience certainly make you stand out in a crowd. When you have these traits, you project self-confidence and self-assuredness. Although you don’t impose your beliefs or values on other people, you always stand out. A study by Martin Seligman also explains that training these abilities will improve your overall wellbeing.

Think about it. You probably know someone who’s resilient and has a strong character. That single mom who’s raising her kids by herself, that father who doesn’t have enough hours in the day to spend with his kids. You might have a friend who is focused on making her dreams come true, but at the same time is always available and is an indispensable part of your life. These kinds of people inspire us.

Personal Development
Is it Possible to Live without Fear?

Personal Development
Should I Forgive in Order to Heal?

Forgiveness is no easy challenge. It's even harder when a person close to you harmed you. The depth of the…