If They Have Stopped Caring, Give Up 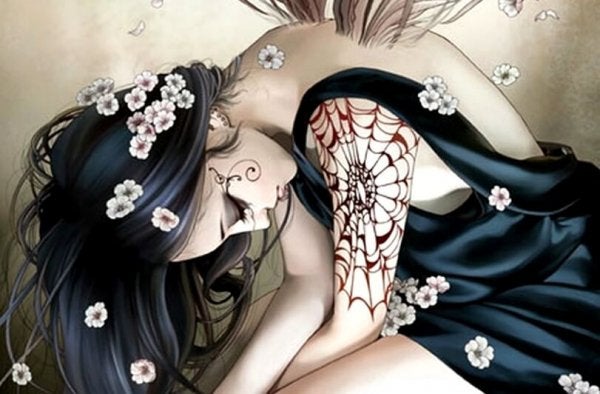 Give up on all of those situations that generate a discomfort within you. Give up on people that you have stopped mattering to. Giving up is difficult. It is a very important step in which we feel insecure and full of doubts. However, there are moments in which we are left with no other choice if we want to stop suffering.

It’s hard for us to let go of people that have been important to us. They no longer look in our direction, their goals and objectives in life have stopped coinciding with ours. What do they bring to the table now? Remaining tied to them will make us suffer and keep us from moving on. The smartest solution is to give up.

Giving up doesn’t always signify weakness. Sometimes it shows that you are strong enough to let go.

Give up, out of respect to yourself

How many times have we mentioned the beautiful metaphor about the train? The train on which we are the protagonists. Where some people get on and stay on, and others only stay on for a while. Some people will only receive a simple greeting from us. Others, on the other hand, will share in our journey, and we’ll establish a much deeper relationship with them.

What happens with these people who acquire an important meaning for us? We want to keep them on our train, keep them from getting off. But, we can’t force anyone to accompany us until the end. Many of these people will disembark, and this will hurt at first. But, in time you will understand that you have to learn to let go, because nobody belongs to you.

Clinging to a situation that isn’t going anywhere is going to cause you pain. You are giving all of yourself for a relationship that has no exit. We’ve always been told that you have to give without expecting anything in return. The problem is that when this turns into a constant, we run the risk of hurting ourselves. Crashing over and over into the same wall.

Giving up someone who was important to us is a very difficult thing to do.

Giving up on someone is an act of self-love. You have to give yourself a chance to let the wounds of that unsuccessful relationship heal and scar over. This is the only way you’ll be able to meet new people and discover that there are people out there who will freely offer you a hand throughout your life.

I don’t know if I stopped mattering, if he sees me the same way

The problem with this situation is that both people end up suffering. One of them will feel empty because their partner doesn’t satisfy their needs. The other will feel tied down because they are with someone they no longer have feelings for. Thus, it is not uncommon for the signs of caring to be erased by feelings of frustration. The following signs indicate that everything is over:

For some reason, you are no longer a priority for that special person and that hurts. The right thing to do is for them to be honest with you, so that you wouldn’t have to notice these signs that are not at all pleasant. Keep in mind that giving up is a voluntary act. You truly don’t want to do it, but you must make this decision in order to not continue suffering in the relationship.
Throughout your life, you will face these situations of having to give up on partners, friends and even family members. Learning to say goodbye, understanding that saying goodbye will be good for you is a reality that we can only understand with time and experience.
Link copied!
Interesting Articles
Wellness
6 Questions to Help You Find the Meaning of Life

Surely you have thought about this more than once: What is the meaning of life? While people say that there is…

Wellness
Small Acts of Kindness That Will Brighten Your Day

Wellness
Why is it Important to Learn to Say No?

In life, we must learn to be understanding and to adapt to others from time to time. We all have…