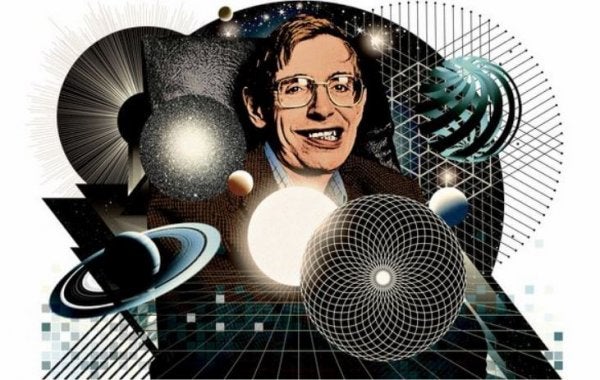 Stephen Hawking: the man who brought us closer to the stars. The man who theorized about black holes and the origins of the universe. The man who discovered singularities, gaps in the fabric of space-time.

He was a man who made us fantasize about the possibility of travelling through time in a black hole. He was a man who changed our vision of the universe. And he was a man that we all admired, but who not many of us knew. And he has now left this world.

He was a man of science, a wise man of our era, a person whose character radiated strength and charisma. He stood out for his brilliant mind at a young age, but later he was diagnosed with a life-shattering illness, amyotrophic lateral sclerosis (ALS).

Despite all the bad prognoses, Stephen Hawking survived and made himself an exception to the rule. When they diagnosed him at 21, still studying at Oxford, they said he wouldn’t live for more than two years.

But lucky for us, and against all odds, his body and brilliant mind went on shining a light for 50 more years. That’s just one more fact that makes Stephen Hawking such an inspiring person. He left a legacy in the world that goes way beyond the knowledge he left behind in subjects like theoretical physics and astrophysics.

There so many questions we ask when we think about Stephen Hawking. And one of the most interesting and fascinating ones might be: “What would it be like to think like he did?” Answering that question is obviously impossible. But what we can do is dig deeper into his moral principles and thoughts about life, the world, and the universe.

That’s why we’ve compiled some of the most famous Stephen Hawking quotes, because we think that if we give center stage to the thoughts he shared with the world, it will help us to always remember him. There’s no doubt in our mind that this is the best tribute we can offer to this man, this thinker — this star who left our world.

Lastly, we want to leave you with one more thing Stephen Hawking once said: “Nothing cannot exist forever.”

Maybe in the most important sense, it’s hard to understand how something could last forever. But one thing is clear. His legacy, the life and intelligence he left us with, will stay in the world for much, much longer.

Note for the reader. We recommend all of our readers watch the movie The Theory of Everything, which tells the story of Stephen’s life from a different point of view. It’s also interesting to read more about his theories through books like The Universe in a Nutshell, George’s Secret Key to the Universe, A Brief History of Time, or any of his other educational works. The best part is that he always writes in a way that people who don’t know a lot about astrophysics can understand.

Stephen Hawking: The Man of The Stars
Read more »
Link copied!
Interesting Articles
Culture
Why Don't I Get Angry?

The most common greeting in the Zulu tribe is Sawubona. It literally means "I see you, you are important to me…

Mom, if I don't come home tonight, don't let my voice get lost in the wind. Don't let them say…

A lot of you have probably heard of it, and if so, it's probably helped you solve problems more creatively. The six…

Winston Churchill said that "a good conversation should exhaust the issue, not the speakers." Undoubtedly, a man who negotiated as…