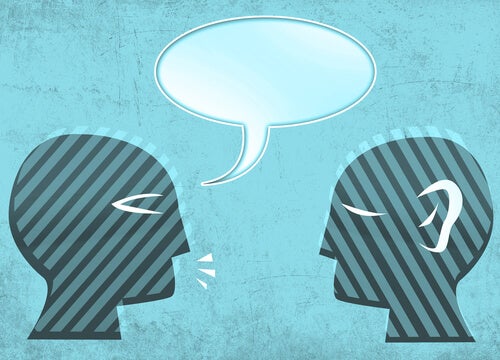 Wise people, on the other hand, know that much of their virtue is in the awareness of their ignorance, like Socrates. This awareness allows them to see the reality of how finite we are among the infinity that surrounds us, and reconciles them with their true nature. These virtuous people stay away from rivalry, which makes it rare for them to become enemies, or friends who are nevertheless affected by greed and excessive desire.

People who ignore their own limitations to knowledge are blinded by their own vision, making it impossible to communicate assertively with them. Everything that doesn’t fit within their patterns of acceptability is a reason for conflict, which can be solved in any way except by them conceding.

Ignorant people presume they know everything

Ignorance makes people bold enough to assume they know everything. This kind of know-it-all personality can be explained by the Dunning-Kruger effect, which is a form of erroneous self-perception. It refers to people who tend to overestimate how much they know, whether it’s the amount of knowledge they presume to have, or the certainty with which they conflate their personal opinions with irrefutable facts.

This kind of false self-perception was discovered by professors David Dunning and Justin Kruger of Cornell University in 1999. Both researchers began by analyzing studies that suggested that ignorance gives people more confidence than knowledge. They specifically referenced activities like driving, chess, and sports.

Ignoring our own ignorance is the origin of many disagreements. People don’t make enemies for no reason. One reason this might occur is if someone feels attacked or discredited, which is a product of their belief in their own almightiness.

If you are asked, “what is death?”

Respond with, “true death is ignorance.”

How many dead there are among us!

Being aware of your ignorance gives you the gift of curiosity

Part of wisdom is knowing what you don’t know, opening the door, and finding the motivation to learn about it. In this sense, humility goes hand-in-hand with wisdom. We have to be less ashamed of confessing our ignorance, so that we can take advantage of more learning opportunities. This is something that children know how to do very well. They’re always asking what things are, what their purpose is, and how they work.

Most people don’t understand how the human body functions or know anything about the complicated biological and chemical processes that occur within it, but we judge people who publicly admit tho that. In cases like these, people’s ignorance about their ignorance shows. This occurs when nobody wants to look stupid, as if that were the worst thing that could happen.

Recognizing your own ignorance will give you the golden key to knowledge and wisdom. It allows you to understand the plasticity of human beings. Therefore, the next time someone labels you as ignorant, don’t feel offended. Instead, thank them for reminding you of that and encourage them to teach you more or invite them to learn with you.

Most people talk too much and know too little. If you want to stand out among the naive majority, cultivate your knowledge and take moments of silence so that you can listen and invite curiosity.

Some People Are Quick to Judge, But Slow to Self-Correct
Some people judge others at the speed of sound, bluntly and mercilessly. They're guided by a narrow perspective and an empty heart, without an ounce of Read more »
Link copied!
Interesting Articles
Psychology
Emotional Support in Childhood Aids in Brain Development

Studies show that emotional support in childhood, especially the first years of a child's life, is very important. It affects…

Psychology
The 3 Taoist Qualities of Water that We Should Learn

"Be water, my friend," said Bruce Lee in a famous quote. "Now, water can flow or it can crash." In…

Psychology
21 Habits for Improving Your Life

Psychology
Second Chances: Only a Valid Option for Some Couples

Surely you know that couple who has broken up and gotten back together more than once. They try, but in…