How to Start: Stop Talking and Take Action 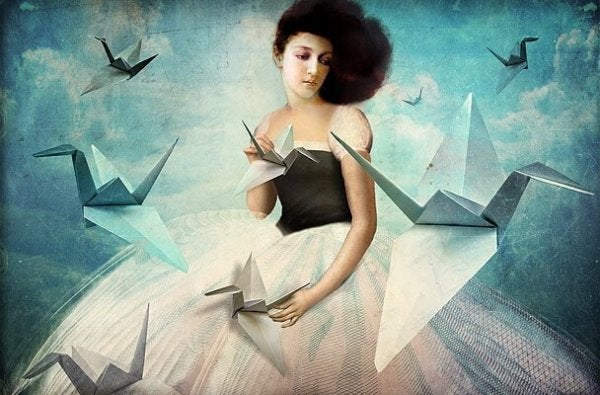 Many things are much easier said than done. This saying explains an issue many people experience. For everyone, there is something in life that they would like to do: a dream they want to achieve, a goal they want to reach. However it remains in words, and the plans are never put into action.

It is very important that all that which you dream is not left undone. If you have a project or goal that you want to complete, don’t procrastinate; don’t give up or put it off. If you do, it will end up being left by the wayside, forgotten. It will become another frustration that will leave a mark on your soul, your psyche, and your heart.

Words are blown away with the wind

Words are blown away with the wind. You can say over and over again that you are going to take on the greatest project of your life, but if you act, you will never see it carried out. Action is necessary for any plan to move forward.

The sacrifice of those who are able to risk everything and take the step from words to action is the only thing that, in the end, is rewarded. Don’t think that just because the path is a difficult one that it is not worth taking. Throughout the journey, you will experience small successes that will fill you with satisfaction and motivate you to reach your final goal. Don’t just stand there, staring into the distance, talking and hoping that everything will just happen, because it won’t.

“Act instead of asking. Sacrifice yourself without any hope of glory nor reward. If you want see miracles, make them yourself. Only in this way can you reach your own unique destiny.”

No action means no mistakes, but it also means no success

All those who remain talking about their great ideas and projects without doing anything are those who will never make a wrong move, but will also never succeed. Nothing comes to you by chance; everything requires effort.

Although great geniuses like Isaac Newton may have made their revolutionary discoveries and contributions to science with a certain amount of chance, it was not because they sat around and waited for something to happen. They talked, but they also worked. They theorized, and they took risks. They were prepared.

Although success can come when least expected, these geniuses knew how to see it, take advantage of it, and broadcast it. Their discoveries may have been seen by any other person who simply was not capable of seeing it.

When someone decides to start something, a moment may come in which they regret it. They will experience difficult moments in which they may prefer to have never started something, in which they wish they could avoid errors and suffering. However, the rewards of those who are brave enough to take the chance are much greater than those who are too cowardly to even try.

It is inaction and immobility that reap no rewards, and instead generate fear. To live always feeling trapped, fleeing from anything challenging or ambitious, does not lead to greatness, happiness, or a feeling of pride in your accomplishments.

“It is worth much more to act and risk regretting it, than to regret having done nothing at all.”

Finally, regretting not having done something is much worse than having done something and making a mistake. You will always know that at least you tried. You did everything you could to reach your goal, your objective. On the other hand, you will have to confront the constant doubt of what could have been but was not.

Don’t remain frozen, don’t hesitate, before getting started. Don’t even allow yourself a day in which you only talk about your big ideas and take no action. This will only make you feel extremely frustrated and sad. Don’t let fear paralyze you and prevent you from enjoying life as much as possible.

Think; the opportunity is right in front of your own eyes. However, it is uncharted territory for those who take the risk. For those who act, who set out to do what they want to do, and don’t remain talking about what could be but never was because it was never started.

It is important to always take chances and be brave in life. In order to see your dreams achieved, you have to begin with action, not words. Don’t listen to those who tell you that it is better to wait, because they are wrong. Be brave and work towards that which you want, because that is the only way to live a full and happy life.

Psychology
The Power of the Mind Over Health

Undoubtedly, our mind is the operations manager for all our internal mechanisms, even the most automatic and instinctive ones. Therefore, if our mind has the…

Psychology
No Matter How Far You Run, Your True Self Will Always Catch Up

We go through life trying to fit in. And when it finally happens in some place or group of people, life…

Psychology
What is Musical Intelligence? How Can I Improve It?