Stanley Milgram is a groundbreaker who contributed to scientific development. In social psychology, Milgram’s study was quite famous. He conducted an experiment that focused on the conflict between obedience to authority and personal conscience. 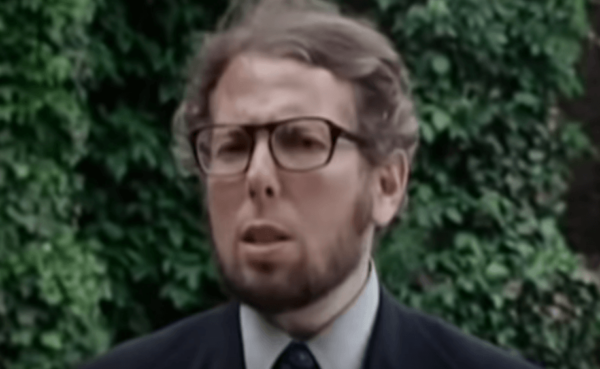 Stanley Milgram was a groundbreaking social psychologist who left an amazing legacy. His controversial experiment on obedience to authority proved evil acts can come from ordinary people, as long as they’re following orders from authority figures.

The study, known as the Milgram experiment, raised questions about the research ethics of experimentation. It’s due to the extreme emotional stress the participants suffered from. Milgram’s theory for this behavior was that people were in an agentic state, letting others direct their actions and passing off the responsibility for the consequences.

Stanley Milgram argued that the ethical criticism provoked by his experiment was correct, as his findings were disturbing. It revealed unwelcome truths about human nature. In fact, the obedience experiment showed the dangers of the predisposition of human beings to obey authority, regardless of the consequences.

In 1963, Stanley Milgram set up an unprecedented experiment at Yale University. The subjects, who thought that they were participating in a learning experiment about memory and punishment, were asked by an authority figure (the experimenter) to inflict painful shocks to a helpless victim (the learner).

In truth, the genius Milgram staged meticulously designed sham experiments using volunteers and fake shocks. Yet, the subjects who weren’t volunteers administered deadly shocks to an innocent stranger many times. Sadly, ordinary people are likely to follow orders, even to the extent of killing.

How far would a person go to obey an instruction if it involved harming someone? This was what he was interested in learning in Milgram’s experiment. He wanted to know how easily people could be influenced to commit atrocities. And his disturbing results were scandalous for the scientific community.

Milgram was born in the Bronx, New York, in August 1933. As a youth, he was an exceptional student, becoming a leader of his class. Renowned psychologist Philip Zimbardo was his classmate. At Queens College, Milgram studied political science.

In 1954, Harvard’s Department of Social Relations took the unusual step of admitting a bright young student who had never taken a psychology class. Luckily, Milgram was soon up to speed in social psychology.

In the course of his doctoral work at Harvard, he conducted an innovative cross-cultural comparison of conformity in France and Norway under the guidance of Gordon Allport. Solomon Asch was also his classmate and greatly influenced the direction of Milgram’s career.

Of particular interest to Milgram were Asch’s conformity experiments. They proved that individual behavior is influenced by group behavior. After getting his Ph.D. in 1960, Milgram was ready to expand his work on conformity with a range of experiments on obedience.

Milgram started working at Yale University. He began developing the obedience experiments on authority one year later. Subjects were instructed by the experimenter to deliver a shock to the learner whenever the latter gave an incorrect answer to a question. With each incorrect answer, shock intensity supposedly increased.

Milgram found that more than 70% of the subjects administered what they thought might be fatal shocks to an innocent stranger. They did so just because an “expert” asked them to. It seems that, if experts tell people something is all right, it probably is, even though it doesn’t seem so.

In 1963, a scandal broke in Yale due to the study. Though the shocks were fake, the public was unaware of that. In consequence, Milgram was demonized due to his supposed lack of ethics. Therefore, he had to stop the study, one that became one of the most important ones of the era.

Back in Harvard, Stanley undertook an equally innovative line of research, known as the small-world experiment. He left Harvard in 1967 to return to his hometown after accepting a position as head of the social psychology program at the Graduate Center.

In 1974, he published his book Obedience to Authority: An Experimental View. Students still study this American classic in psychology courses all over the world. Milgram lived in New York City until his tragic death in December 1984. He died of a heart attack.

Believe it or not, Milgram performed a total of 19 obedience experiments. Although thought-provoking, the experiments and their findings were highly controversial. The situation placed extreme stress on the subject.

Since Milgram didn’t reveal the full truth about the experiments to his subjects, they believed that they really had shocked another person. Months later, the world learned the truth about the controversy. That’s when the American Psychological Association granted him membership.

Milgram’s experiments on obedience to authority took the world by storm for a decade. Nowadays, with the new models in psychological research, this experiment never would’ve been conducted.

In other words, even with the ethical and moral confrontation, Milgram’s experiments suited countless researches, experiments, and studies. Back then, he dared to defy ethics to succeed in his scientific experiments.

Although many keep questioning Stanley Milgram’s morality, we can’t deny the relevance of his results. The Milgram experiment is one of the best-known social psychology studies of the 20th century. A truly remarkable accomplishment under his belt!

Raphael Sanzio: Biography of a Renassaince Painter
Raphael Sanzio is indisputably one of the greatest artists of the High Renaissance. He was a renowned painter, well-respected by his peers. Read more »
Link copied!
Interesting Articles
Biographies
Mario Moreno, "Cantinflas": Biography of a Great Comedian