Stage Fright and the Fear of Failure

In this article, we'll discuss stage fright, the fear of failure, and what you can do to overcome these common problems. 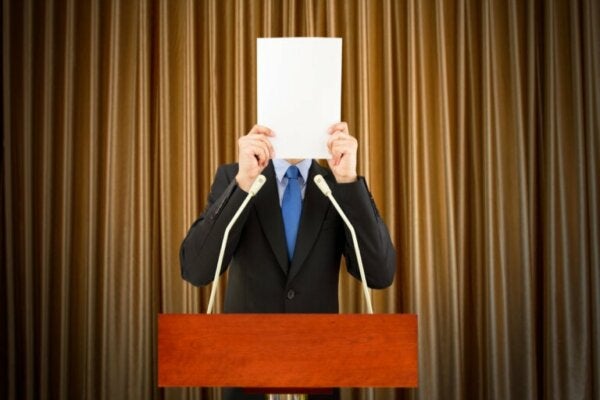 While these fears are normal, their intensity determines whether or not they’re a limiting factor for living a full and satisfying life. If your stage fright is crippling, you might end up passing up on valuable opportunities and experiences. With that in mind, in today’s article, we’ll discuss the common symptoms of stage fright and the fear of failure and share some helpful recommendations on how to deal with them.

Stage fright becomes a problem when it starts to affect the way you live your life and limits your personal and professional possibilities. If you don’t address it, it can do significant damage.

Have you ever quit something or postponed an event due to stage fright? The attempt to avoid these feelings or control them is often the real root cause of the problem. That’s because you end up connecting these unpleasant feelings with the symptoms that are causing the discomfort. Among the symptoms, we have the following:

Stage fright and the fear of failure

It’s normal and healthy for other people’s opinions to affect you to some degree. With stage fright, however, the judgment of others becomes so important that it can affect your performance or even paralyze you completely. It’s interesting to note that your own high standards are often the root cause of this kind of fear.

Sometimes, the anticipation of failure sets in motion a series of actions that you take to get rid of or avoid feelings that start out as normal. The more you try to make them go away, the more important they become. In fact, the feelings you’re trying to avoid start to demand more of your attention than what you were originally nervous about.

Addressing stage fright and the fear of failure

It’s important to note that stage fright is something that everyone experiences. Even people who regularly speak in front of others have some degree of stage fright.

It’s easy to look to relatively successful people and imagine that they don’t experience the same fears and insecurities as you do. However, often the only difference between success and failure is looking beyond your symptoms instead of getting bogged down by them.

When you experience stage fright and the fear of failure, it’s probably because you’re doing something that’s important to you. To what degree are you going to allow your symptoms to dominate? What can you do to distance yourself from your symptoms?

Recommendations for facing your fears

Stage fright and the fear of failure trigger some pretty unpleasant sensations. These can be paralyzing for some people. They often start to seem like insurmountable obstacles. Nevertheless, certain coping strategies only serve to feed your fear, especially if you try to repress your thoughts or avoid exposure to what you’re afraid of. Try some of the things we’ve shared with you today and see what happens!

9 Tricks for Public Speaking
Public speaking is an anxiety-producing activity for many people. However, it doesn't have to be this way. Here are 9 tricks to make it easier. Read more »

Personal Development
Personal Responsibility: When You're the Stone in Your Own Shoe

Personal Development
Living Abroad: Would You Adapt Well to It?

Living abroad seems easier now than it did before, and the world seems to get smaller as the days go…