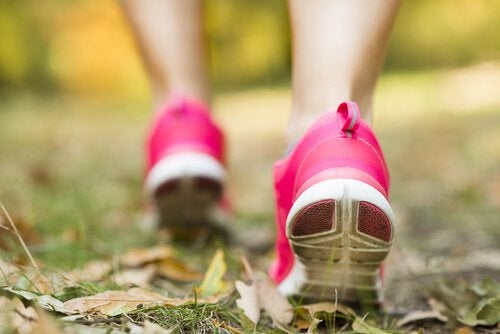 Walking outdoors is fun and healthy for the body, and it’s also good for the brain and mind. Anybody who has done it can attest to it. But, beyond personal testimonies, it is scientifically proven that spending time outdoors has many mental benefits.

Walking outdoors helps us fight off negativity, relieve stress and even fight depression. The physical liberation you experience when you go outdoors helps you feel a type of mental liberation as well, and makes you more optimistic. But that’s not all!

According to a study by the University of Michigan, walking outdoors is linked to better mental health and higher positivity. Also, being outside lowers feelings of depression and stress.

Additionally, a study by Glasgow University found that people who walked outdoors, rode a bike or jogged out in nature had a lower risk of mental health problems than people who practiced sports inside.

Walking outdoors can improve your focus and increase creativity

According to a study published in Psychological Science, interacting with nature gives the brain a rest from the over-stimulation it is subjected to every day. And this can have a regenerative effect on attention levels.

The constant multitasking of modern life demands too much from the areas of the brain that are involved in the reducing distractions, in creative thought and the development of a sense of identity. A group of researchers from the University of Utah discovered that spending a few days in nature improved creativity by 50%.

Nature helps us calm down

Similarly, the sounds of nature have a great impact on our health and well-being. Various studies reveal that natural sounds and the silence found in nature have a lot of benefits for our physical and mental health, specially in the management of stress.

The smells of nature also play an important role in the impact nature has on our health. Our sense of smell is closely linked to the parts of the brain that are responsible for processing emotion. Thus, smells have an immediate and profound impact. Trees and plants emit Phytoncides, an organic compound that slows down our breathing and reduces anxiety.

Water is good for the body and the soul

A study performed by the School of Medicine at the University of Exeter, in England, about the essential qualities of water and its role on our psychological well-being, found that the negative ions in water are natural antidepressants. These negative ions are found in great amounts, even in an ice cube.

Therefore, taking a stroll near lakes, rivers and creeks, even puddles and fountains, is very beneficial for your emotional health. If you can also go for a dip, the benefits will be multiplied, since blood vessels become dilated by cold water. This stimulates the body to excrete toxins and liberate endorphines in order to feel good.

Nature helps us recover and strengthens our immune system

According to a study performed by the Chalmers University of Technology in Sweden, fields have a positive effect on convalescence. The study found that even just looking at trees through a hospital window can improve recovery rates.

A group of researchers at Nippon Medical School in Tokyo found that women who spent six hours in the forest over two days experienced an increase in white blood cells, which fight off viruses and tumors. This effect lasted at least seven days.