Sometimes the Best Way to Help Is to Stop Helping 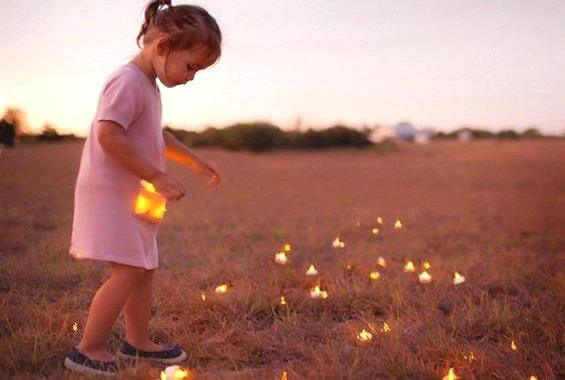 Help is often overvalued. We think it means kindness, solidarity, and hospitality, but the problem is that it’s not always a collaboration between human beings who share a common goal. Rather, people usually do it to take care of a task that they think the other person can’t do, or would do really slowly, or wouldn’t do well.

You could call this attitude a form of “toxic help,” because it involves solving the other person’s problems without giving them the chance to face their own challenges. On top of preventing them from developing their own abilities, it sends a clear message that you don’t think they can do it.

In this way, with the best intentions, we end up disregarding them as a person and causing their abilities, opinions, attitudes, and aptitudes to waste away.

In society’s eyes, help is a positive thing, but if you look a little harder, you can find many examples of people whose abilities are underdeveloped because some “good samaritan” solved too many of their challenges for them when they didn’t really need help.

Help by not helping

Doing things for other people is positive as long as it’s in the form of collaboration or cooperation. For example, if two people share the goal of starting a business together, they have to collaborate, e.g. one furnishes the building while the other spends every morning generating publicity.

This would be an example of true collaboration that enriches both parties, since both benefit from their common goal, and because of that, the business is more likely to prosper.

However, if the help only goes one way, it can be harmful, since it diminishes the other person’s abilities and feeds destructive thoughts. They might think that:

It’s easy to see how the personal relationship between the two people can suffer. The helper will always be anxiously watching out for the other person and putting their needs before their own, which can end in rejection.

Helicopter parents are toxic and overprotective. They can’t bear the idea of their child suffering, but their concept of suffering is also very skewed.

They are usually parents who suffered some sort of childhood trauma and don’t want their children to experience the same thing, so they raise their children in an extremely protective way. They solve all their problems for them, even the ones that the child can already solve themselves, until they get to an age where they have to develop autonomy.

This means that the child doesn’t learn. Because their parents are living their lives for them, they’ve never made a mistake, and as a consequence, they’ve never had to feel frustrated or fix and learn from their mistakes, which is the only way to really learn.

The child’s development stalls at that point, when they really have a huge potential to take advantage of. When they reach an adult age, they become indecisive. They also tend to have self-esteem issues; they tell themselves that they can’t face their problems without anyone helping them.

They become needy in all areas of life. Thus, they tend to choose partners who treat them the same way their parents did, so their abilities remain undeveloped.

What can really help them?

If you really want to help, or to put it better, collaborate with someone, you should be guided by the desire for that person to develop and gain confidence in themselves. You can feed their self-esteem by emphasizing what they’ve done well, feed their resolve by suggesting possibilities, and feed their abilities by posing similar problems.

It’s important to have patience and accept that life comes with a lot of frustrations, but that nobody ever died from them.

If you give the person way to eliminate the obstacle, you wouldn’t be letting them find the solution themselves. They wouldn’t have to take action, break their neck, try, or find alternatives, because you’ve already handed them everything completely finished.

For example, if your child can’t find a job but you’re giving them money every month so they can get by, why would they bother to keep looking? They wouldn’t need to! But this is also an inconvenience to them, because if you keep doing this, what will they do when their parents aren’t there to give them money?

Collaborating, in this case, would involve helping them make their resume, choose a profession, and look for a job, so they can finally feel like they have agency over their own lives. Don’t you think?

Psychology
Freud on Developing a Strong Sense of Self

Psychology
What is Anankastic Personality Disorder?

Julio is a very successful man at work. He says that from a young age he liked to do things…