Social Neuroscience: The Human Brain as a Culture Icon

Read all about social neuroscience in this article! 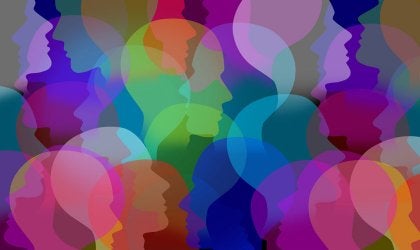 For a while now, neuroscience has been revealing unknown information about the brain. So much so, that considering only its biological perspective would limit much of its essence. Not only that, but it’d make it lose its cultural value, which is of great importance. That’s why areas such as social neuroscience focus their interest on those synapses between mental processes and our social practices.

Many neuropsychologists advocate joining the study of the brain in one scenario, along with other areas of popular knowledge. In fact, nowadays it’s very common to hear terms such as “neuroeconomics”, “neuroeducation”, “neuromarketing”, or “neurolinguistics“, among others.

A multidisciplinary perspective can help us increase our knowledge significantly. That being said, areas such as social neuroscience are necessary resources to understand important processes such as social behavior, aggression and violence, stress, and empathy.

Basically, the goal couldn’t be more ambitious. It aims to bring together all the research related to the theory of the mind, the brain, and genetics to a social, cultural, economic, and educational theory. That way, we’re able to better analyze the development of all those social processes that make up a specific society.

We’ve all heard about mirror neurons. In 1996, the team that worked along Giacomo Rizzolatti, a well-known neurologist at the University of Parma, Italy, discovered an interesting group of neurons that activated only when people (and animals) observed the behavior or emotional expressions of those similar to them.

This was a breakthrough in the fields of behavioral sciences and biology, as well as social neuroscience. Mirror neurons represent organic foundations that make it easier for us to understand other people’s behaviors. This, in turn, allows us to imitate certain actions that help us learn in regards to social interaction.

That was just an example of how our neuronal, hormonal, and cellular mechanisms have built what we now understand as culture and society. Perhaps, for this reason, those who were first interested in this field of study dedicated their lives to studying anthropology in the 20th century.

Thus, sociologists such as Robert Hertz, one of Émile Durkheim’s disciples, laid the foundations of this discipline with different essays. For example, those related to the ambidextrous faculties of the Māori and their brain development according to their culture.

The Need to Create an Interdisciplinary Science

The first works of various anthropologists and sociologists aimed at understanding the link between psyche and cultural development. However, psychologists Cacioppo and Berston decided to go further and create the Society for Social Neuroscience. This decision was challenging to the psychologists and neurologists of the time. Back then, most of them didn’t even think of delving into something that they thought didn’t extend beyond the limits of the human skull.

Nonetheless, numerous scientists, sociologists, and biologists were so eager to better understand this entity that they ended up shaping this area of ​​knowledge. By doing this, they responded to a need as basic as it was captivating. We must understand our mental dynamics in order to truly comprehend culture and its social processes. After all, said dynamics make up our sociological tissue.

This also goes the other way around. Our culture and all its guidelines and schemes determine who we are, the way we process information, and even what we feel.

It’s both a direct and powerful influence which goes both ways. Thus, social neuroscience is a branch of cognitive neuroscience that allows us to understand social behavior. This, in turn, helps us understand the mechanisms we use to come up with new values and shape new behaviors and needs in a world that never stops evolving.

Fields of Study within Social Neuroscience

All cultural and social expressions are products of our brain. Let’s think about some of The Beatles songs, for example. They all represent the essence of a historical moment and, at the same time, symbolize our musical culture.

Now, if we go further, we could study the way they were created, as well as the neural mechanisms that gave rise to innovation and creativity. Lastly, we also could analyze why their music is capable of exciting us to this day.

On the other hand, an essential aspect we must understand about social neuroscience has to do with its various fields of study. We refer to the areas where neurobiology interrelates with sociology.

As you can see, few disciplines can uncover all those micro-sociological aspects that trace the shape of a country, community, a specific social group, and an entire nation. That’s why an interdisciplinary approach was needed – one where every contribution made isn’t just positive, but necessary.

Social neuroscience provides important answers to the simplest questions we may have asked ourselves about our interactions and our brain.

Neuromarketing: The Neuroscience of Buying Things
Today, we're going to tell you about a fascinating new field: neuromarketing. It's the neuroscience of buying things. Read more here! Read more »
Link copied!
Interesting Articles
Psychology
The fern and the bamboo: a fable on resilience

Psychology
Why Can't I Reach Orgasm?

It is a widespread belief in today's culture that women find it difficult to reach orgasm. In fact, we always hear that it's normal for women to fake it during…

Psychology
Good People Don't Change Because They Think With Their Heart

Bad things happen to good people too. That is because destiny is not arbitrary, the blind world and egotism are…