Chronic pain is a condition that affects millions of people all over the world and negatively affects many aspects of their quality of life, including sleep. 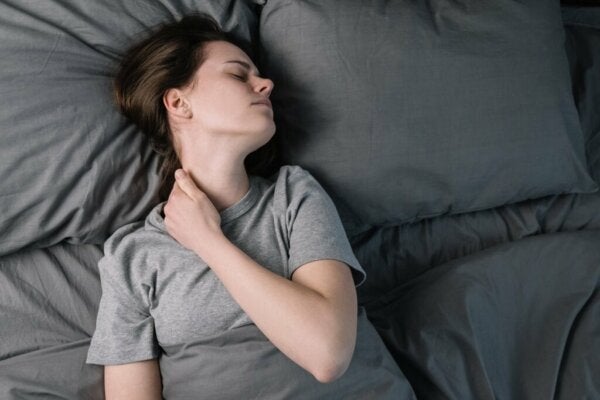 Chronic pain affects about 25 percent of the population in Spain. In a study of 5,000 participants, 43 percent reported having experienced pain in the last week, especially in the legs, back, or head. Of those, about 54 percent said they suffered from long-term, chronic discomfort that had a significant negative impact on their lives. In today’s article, we’re going to talk about the relationship between sleep and chronic pain.

The most common causes of chronic pain are arthritis, rheumatism, and migraines. More than 60% of patients said that they use analgesics to deal with their pain. These medications can have many different side effects when taken long-term, including conditions that can make the pain even worse.

The effects of chronic pain

If you suffer from chronic pain, you know the negative impact it can have on people’s lives. Being in physical pain all the time causes significant psychological distress as well. Some of the areas that chronic pain affects the most are the following:

Chronic pain also leads to a higher risk of psychological disorders such as anxiety and depression. Unfortunately, this type of long-term pain can also lead to chronic stress.

A patient’s sleep quality is considered a fundamental variable for determining if a chronic pain treatment strategy is working or not. About 50 to 70 percent of patients with moderate or intense chronic pain have some kind of sleep disorder. This is especially true for older adults. The most common disorders are the following:

Pain makes it very difficult for these patients to get a good night’s sleep. This, in turn, causes hyperalgesia, which is an increased perception of pain. Being more sensitive to pain makes it harder to sleep, which ends up causing a vicious cycle that’s hard to break.

Pharmaceutical drugs prescribed for chronic pain can help with symptoms, but they also affect sleep quality. Here are some of the most commonly used:

These are some of the most widely-used adult pain relievers. Not only do they reduce inflammation, but they also lower fever, swelling, and redness. Doctors prescribe them for chronic health problems such as arthritis or lupus.

Unfortunately, NSAIDs also reduce sleep efficiency and increase nighttime wakings. These are the three main reasons why that might happen:

These are only a safe option under the strict supervision of a doctor for a short period of time. Long-term use causes dependency. If you don’t take them correctly, you could overdose or even die. Consequently, doctors prescribe them carefully.

Opioids decrease REM sleep and slow-wave sleep, both of which are essential for the proper physiological development of sleep cycles.

Doctors primarily prescribe corticoids to reduce inflammation in illnesses such as arthritis, asthma, lupus, multiple sclerosis, and some types of cancer.

Long-term use can weaken the bones or cause cataracts, among other things. Consequently, physicians usually prescribe them for short amounts of time.

How do they affect sleep? High doses act just like opioids. They reduce rapid-eye movement and slow-wave sleep.

It’s important to keep in mind that multiple factors affect sleep. Age plays an important role, as well as the medications you’re taking. However, it’s important not to rule out other associated pathologies or external circumstances that get in the way of good sleep and increase sensitivity to pain.

If you’re using analgesics for chronic pain, it’s a good idea to substitute accelerated-release drugs for extended-release ones. Studies show that the latter can reduce the incidence of sleep disorders associated with pain relievers.