Today, we wanted to explore a new perspective on depression. It turns out that men and women have similar endogenous depression rates. But when it comes to exogenous depression, where external factors play the main role, women are twice as likely to suffer from it than men. 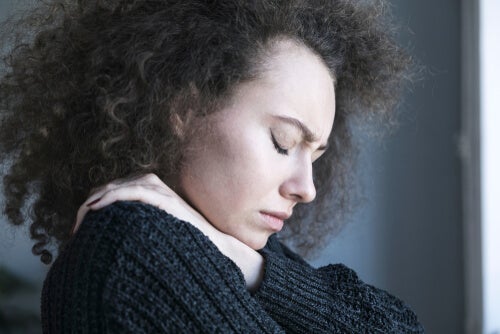 In this article, we wanted to open up a new social perspective on women and depression.

In general, men and women have similar endogenous depression rates. But when it comes to exogenous depression, where external factors play the main role, women are twice as likely to suffer from it.

It seems that the way women are raised to be caretakers has a big role in the development of depression. The problem is that our society conditions women in such a way that they often forget about their own needs as they only care for other people.

Social context can also be a major risk factor when it comes to women and depression. Research seems to show that simply being a woman is the second highest risk factor for depression. The only higher risk factor is a family history of the disease.

Women and depression: A frequent combination

Depression is a complex, multi-factor process. Whether or not you develop this condition can depend on a wide range of risk factors. To this day, medical professionals still haven’t determined each and every one or how they interact with each other.

The prevalence and rate of major depressive disorder is higher in women than in men. This difference starts in adolescence and stays that way during adulthood. On top of that, depression in and of itself is a major burden and cause of disability. However, some people estimate that it takes 50% more of a toll on women than men.

Poverty, unemployment, and low education levels are also risk factors for depression. Research has also shown that women are even more vulnerable in this sense, too.

One reason for that is that they’re more likely to have to deal with raising children and being “homemakers” without much social and economic support, which is a proven risk factor for depression (Targosz et al, 2003).

Some scientists have also found that being a homemaker is a risk factor when it happens in adverse conditions with multiple sources of stress. Some of the biggest risks here are things such as sexual abuse and sexual violence (Koss, 1993).

“Depression is a prison where you’re both the suffering prisoner and the cruel jailer.”

Depression through a cultural lens

There’s a link between the processes of socialization, social roles, and gender-related stereotypes. The incentive for women to fully develop emotions empathy such as guilt leads to many women feeling sad and desperate more often.

When it comes to socialization, women have a harder time processing anger, being assertive, and putting their own self-fulfillment needs first. They’re also more likely to be passively confrontational, focused on emotions, and dwell on negative experiences (Zahn-Waxler, 2000).

Another place we see a difference in vulnerability to depression is in the tendency to put high importance on the quality of relationships with other people. Feeling responsible for other people’s well-being is also a big risk factor. Both of these things are more common in women (Leadbetter, Blatt, & Quinlan, 1995).

The symptoms of depression in men are often not as intense due to the differences in socialization and socially stimulated lifestyles. These psychosocial aspects basically mean that they experience, confront, and express their emotional discomfort differently than women do.

The woman who smiles and loves to talk may be the same woman who cries herself to sleep every night.

Because those things are less common in men, their negative life experiences, and the sense of dysphoria they can cause, don’t have the same intensifying effect on them. In other words, it’s very likely that the things we’ve mentioned here are like a magnifying glass for gender differences in terms of the symptoms of depression and other related disorders.

Signs of Depression in Men
Many people think that chronic sadness and depression only affect women. This is one of the reasons why depression in men is often difficult to diagnose. Read more »
Link copied!
Interesting Articles
Clinical Psychology
Oppositional Defiant Disorder: Symptoms, Causes, and Treatment