How Do Opioid Analgesics Work?

There are natural opiates derived from opium, such as morphine, and other synthetic opiates, such as fentanyl. Learn how these analgesic drugs work and what effects they have on the body. 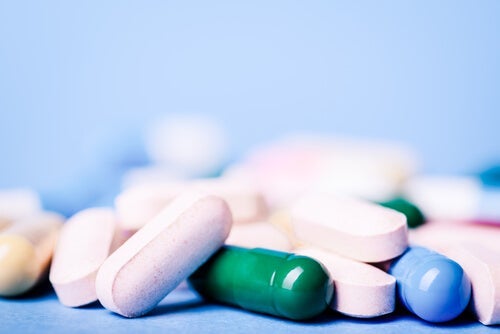 Throughout history, scientists have always looked for new ways to treat pain. People starting using opioid analgesics naturally a long time ago, which was obtained from the opium plant. In 1806, scientists first created morphine. From there, the development of this group of drugs began.

What are opioid analgesics? Opioid analgesics are drugs with great analgesic potency that owe their pharmacological action to the union with opioid receptors in the central nervous system. There are natural opiates derived from opium, such as morphine, and other synthetic opiates, such as fentanyl.

One of their main characteristics of these drugs is that they have a limitless analgesic potency. This means that the greater the dose, the greater the analgesic effect. However, this also brings many unwanted effects, as we’ll see later.

Doctors use them mainly in the treatment of severe and acute pain, as well as in terminal patients, especially those affected by cancer. Before prescribing treatment with opioid analgesics, doctors should carry out an adequate evaluation. The patient must be suffering from intense pain that other types of drugs don’t relieve.

Opioid analgesics, as we’ve said, bind to opioid receptors in the central nervous system. Although there are mainly four types of receptors, only three of them act on pain: μ, κ, and δ (mu, kappa, and delta). Depending on the affinity with the receptor and the action they exert on it, opioid drugs have different effects.

According to their affinity to the receptors and their clinical utility, we classify them as follows:

Other uses of opioid analgesics and side effects

Apart from being useful in the analgesic treatment of pain, opioid medications are also used in other areas, such as anesthesia. In these cases, doctors usually use these in combination with an anesthetic drug and a neuromuscular blocker. They can also be used to achieve sedation in a patient or to suppress their autonomous breathing when they need mechanical ventilation.

The main problem with opioid analgesic drugs is their risk of addiction. Because of this, they’re usually used only in the short treatment of acute pain or in terminal patients. The most common side effects of these drugs are:

Other side effects that may also manifest are:

Experts have also observed that the chronic use of opioid analgesics has a depressing effect on the immune system. Because of this, its ability to produce antibodies reduces and the possibility of infection increases. Other possible cardiovascular effects are bradycardia and hypotension.

When doctors treat patients with long-term opioid analgesics, tolerance usually occurs. This means that more and more doses are needed to achieve the same therapeutic effect. In effect, the body gets used to the drug.

Likewise, they can also create physical dependence. This results in withdrawal syndrome when interrupting the treatment or reducing the dose significantly. Specialists can prevent this by reducing doses gradually.

Another type of dependence would be the psychological type, also called addiction. In these cases, the patient becomes more dependent on the psychic effects of this type of drugs rather than the pain relief they provide.

The Opioid Epidemic in the United States
Although heroin use has increased across all demographic groups, the current opioid epidemic affects primarily middle and upper-class white people. Read more »
Link copied!
Interesting Articles
Treatments
The Benefits and Side Effects of Treatment with Pregabalin