Discover six amazing things about the brain in this article! 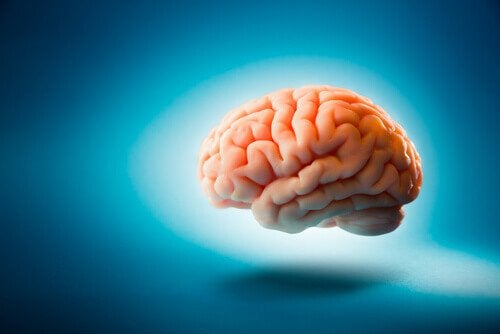 For a long time, the brain was believed to be in charge of our entire body, including memories and emotions. Philosophers believed that the brain contained the soul. However, some very interesting things have been discovered throughout history. In this article, we’ll go over some of those curious brain facts that you probably didn’t know.

We all know that the brain is the main organ of the human nervous system since it controls most activities and is capable of processing a lot of information. Also, it’s where all our emotions and cognitive abilities reside, including long and short-term thoughts, memories, and decision-making.

From the first moment the brain was mentioned (which was in an ancient Egyptian medical document known as the Edwin Smith Papyrus, discovered in the 19th century), to today, our understanding of the brain has expanded. But there are still many mysteries and curiosities about the brain waiting to be discovered.

Brain size varies a lot depending on age, gender, and body mass. However, some studies suggest that the male brain weighs approximately 1.336 grams, whereas the female brain weighs 1.198 grams.

In terms of dimension, the human brain isn’t the biggest. The sperm whale has the biggest known brain of all mammals. Keeping in mind that this mammal weights approximately 35 to 45 tons, comparing a human brain to it seems kind of disproportionate.

However, the human brain is the one with the most neurons, which are the cells that store and transmit information through electric and chemical signals.

The human brain is made up of three parts:

Although the human brain isn’t a very big organ, it requires lots of energy. In fact, it requires 25% of all the energy the body needs to function, even though it only makes up about 2% of your weight.

But why does the human brain demand so much energy in order to work properly? Some scientists believe that most of this energy is used to maintain both thought and bodily processes. Part of that energy is probably invested in keeping the brain cells healthy.

However, according to other scientists, the brain consumes a lot of energy during the resting state. James Kozloski explains that the inactivity networks are active even under anesthesia. These areas have high metabolic rates, increasing the brain’s “energy budget,” even when it’s seemingly not doing anything.

However, Kozloski’s hypothesis states that the brain isn’t expending a lot of energy for no reason, but that it maps where all experiences and information are stored instead. This is the map we resort to when making decisions.

How much of your brain do you really use?

People used to believe that humans only used 10% of their brain capacity. This same myth suggested that if we were able to use the other 90%, we could “unlock” incredible abilities.

In reality, you’re using most of your brain almost all the time. Brain scans have shown that humans use almost all of the brain all the time, even when they’re sleeping. Nonetheless, the activity patterns can differ depending on what they’re doing or the sleep phase they’re in.

Neurologist Krish Sathian also claims that even when you’re busy on a task, the rest of the brain is busy doing other things. Thus, you can come up with the solution to a problem after you stop thinking about it or after a night’s sleep because your brain never stops working on that particular problem, even though you’re not focusing on it.

But that isn’t entirely true. Although it’s true that both hemispheres have slightly different functions, there isn’t a “dominant” side of the brain that defines personality.

Instead, research has revealed that people use both hemispheres almost equally. However, it is true that the left side focuses more on language, while the right side is in charge of non-verbal communication.

Changes that come with age

As you get older, your brain loses neurons. The frontal cortex and the hippocampus, two key brain regions in cognitive processes including memory and recovery, start to reduce at the age of 60 to 70.

But new research suggests that adult brains can also generate new cells, which would increase the possibilities of brain plasticity.

Neurogenesis is the process through which new neurons form in the adult brain. Experts suggest that the average human brain produces 700 new neurons per day only in the hippocampus.

There are still many curious brain facts to discover

Although there have been many scientific breakthroughs, there are still many unanswered questions. For example, we still don’t understand how the brain processes complex information.

Thus, humans still don’t entirely understand consciousness, which part of personality depends on the brain, why we sleep and dream, or how we store and access memories, among many other things. In conclusion, new discoveries teach us but also lead to other questions.

Brainspotting Therapy: A Psychotherapeutic Breakthrough
The resolution state can happen at any time between the first session and several months, and even after years of brainspotting therapy. Read more »
Link copied!
Interesting Articles
Brain
The Olfactory Bulb: Function and Characteristics

Self-leadership is the ability to intentionally influence your thoughts and emotions. It means that you direct all your resources, motivation,…

People need to work to survive. But when the work environment is toxic, it becomes a huge negative influence on…