The Motor Cortex: Characteristics and Functions

The motor cortex comprises three frontal lobe areas that, when stimulated, give place to the movement of several body parts. 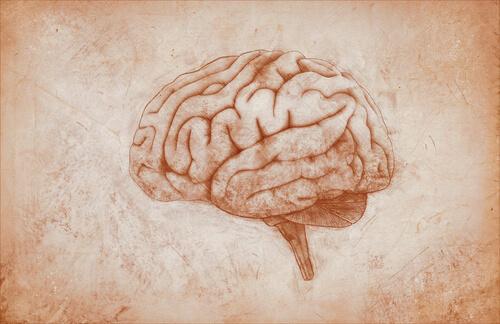 Our brain allows us to plan, eat, run, and even smile. It’s through the complex but fascinating functions of the cerebral motor cortex that we’re able to carry out various day-to-day actions. It’s a part of our brain that helps us control, execute, and plan movement.

In addition, it allows us to react to stimuli, which is essential for our survival. It’s important to mention that this part of our brain doesn’t act on its own. We can move thanks to its various connections and associations with other brain areas.

In this article, we discuss the motor cortex’s location, structures, and functions, as well as the associated pathologies when there’s an injury or when it doesn’t work as it should.

The motor cortex: What is it and where is it located?

The motor cortex is one of the parts of the telencephalon, which in turn is part of the encephalon. Its main function is to promote movement. Through it, we produce and carry out voluntary movements. This region of the brain is located in the frontal lobe, just ahead of the fissure of Rolando and the somatosensory area.

Now, this region is comprised of a region known as Penfield’s homunculus. This area indicates the parts of the cortex where the movement occurs.

Regions of the motor cortex

Pathology of the motor cortex

An injury in this part of the brain can have serious consequences. The reason for this is that we need the motor cortex to carry out most of our day-to-day actions.

Here are some of the possible consequences of an injury to this body part:

Researchers are trying to find answers that can help determine how to repair the motor cortex after an injury. This explains why there are so many different studies on it. For example, in February 2018, Lina Bunketorp and her collaborators published an article in the Restorative Neurology and Neuroscience magazine on this topic.

In that article, they exposed how important the motor cortex to movement. In their investigation, they showed the adaptive motor cortex plasticity following grip reconstruction in individuals with tetraplegia.

These approaches help us to better understand how the cortex responds to injuries and treatment. Researchers are trying to find definitive solutions for cortical damage.

In conclusion, the motor cortex is the axis of movement. Without it, we wouldn’t be able to execute any movement.

The Orbitofrontal Cortex: The Base of Our Social Behavior
The orbitofrontal cortex is related to our personality, our emotions, and most importantly, our social behavior. Check this article to learn more! Read more »
Link copied!
Interesting Articles
Personality Psychology
Openness to Experience, a Trait of Exceptional People

When we need to visit a professional in psychology, maybe we think that they are all the same and that any of them could solve the problem that we are…

Psychology
Life Might Just Be Telling You to Wait