Since I Lost Her, I Knew She Was For Me

Ever since I lost her, I knew that we had met each other to be able to share the rest of our lives. But circumstances intervened in what promised to be an incredible love story. Maybe it wasn't the right time. 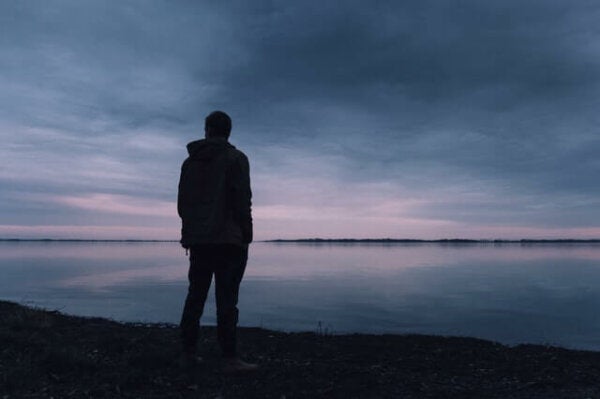 The days go by, the weeks, the months… I meet new people who change my path. People who positively influence me as much in my self-awareness as in my knowledge of what surrounds me. However, since I lost her, I’m incapable of forgetting that smile. A smile that was burned into my mind.

Destiny, circumstances, karma, or something else didn’t want anything to happen between us. One day we said goodbye. A goodbye that meant the loss of a part of my soul, of my heart. Since I lost her, I knew she was for me.

Despite being so different, of having opposing worries, there was an unbreakable bond between us. A connection that’s difficult to explain in words, simply indescribable. Why does this type of connection happen? Why are you incapable of disappearing from my mind? Since I lost her, she’s been with me in each moment, in each song, in each outing, and in each memory.

Lord Horace Walpole (1717 to 1797), Earl of Orford, defined the concept of serendipity as “a fortunate discovery”. A. Agostini (2005) described it as “finding something valuable while you’re looking for something else, discovering something precious by chance, performing a shrewd act by chance”. And for J.A. Coppo (2012) serendipity is the “art of finding something not looked for”. And that’s just what happened to us.

It all started years ago, in the month of March. A friend had to take a guided tour around the city, but something came up and she couldn’t make it. Thus, she asked me to. My job was to show a group of strangers the most famous landmarks in the city.

The tour had to be short. We couldn’t beat around the bush or have too much fun. I arrived at the meeting point and everyone was there, waiting for someone to show them the most beautiful spots in the city in just a few hours.

When the tour ended, many of the participants asked me eager questions to know more about the places we’d been to. I tried to answer all of their questions the best I could. I exchanged phone numbers and email addresses with those who wanted to further their knowledge.

Several of the group members got in touch with me. They mainly asked questions about some of the mystery stories I’d told them about certain places. However, with one of them, our conversations got longer and longer. Somehow, without intending to, we realized we were talking on a daily basis. We each felt the need to know how the other was doing.

Our connection was so strong that we decided to see each other in person on several occasions. Both of us, with our stories, connected to each other to the point of feeling inseparable. Despite that, we didn’t ever get physically closer than a hug. But our gazes were so intense that even the sunlight seemed dull in comparison.

“Tonight I can write the saddest lines. I loved her, and sometimes she loved me too. Through nights like this one I held her in my arms. I kissed her again and again under the endless sky.”

Our ghosts, our fears, and our indecision made that fire slowly dim its intensity. A strength and intensity that we really only hid with our egos and our pride, since the flames of passion were stronger than ever.

Despite that, I tried to keep smiling in the face of adversity. As author Gabriel Garcia Márquez wrote, “Never stop smiling not even when you’re sad, someone might fall in love with your smile”.

We were made for each other

When I saw her, I knew we were made for each other, but ever since I lost her I knew she was for me and I was for her. However, in this case, being made for each other went further than just a sense of possession. Further than obsession or clinging. Our bond went into the regions of a union understood only by personal experience. A bond that, despite the tensions, anger, and disagreements, stayed unbreakable. Was it related to the famous red thread?

“Love is so short, forgetting is so long.”

But what’s the red thread? It’s said that it’s an invisible cord or thread that connects two people throughout time and space. A thread that establishes a connection between two people who are destined to find each other, and that no matter what happens, it’ll always be there, unchangeable.

Is she the one on the other end of my red thread? I’ve asked myself many times if what we came to feel was true love, and if that red thread was woven so that our lives would intertwine sooner or later. Since I lost her, the red thread hasn’t broken, it just stretches or tangles. Although at a certain point, it seemed to me to be lost forever.

Since I lost her

Since we stopped talking to each other, I know that we remember each other every day. That being said, we’ve created a certain avoidance thanks to our unwise actions.

In reality, and without wanting to accuse you of anything, I believe that you’ve made mistakes on many occasions. So have I. However, your mistakes have undermined what could’ve been a dream come true. And despite that, I can’t get you out of my mind. I’ve forgiven you for the mistakes you’ve made that have pierced me to the soul.

You’ve never been completely honest, hiding things behind lies. My actions have been based on my own fears. Our way of doing things wasn’t correct. You waited for me but I didn’t go to you. I asked you for signs of agreement but didn’t get them.

You put me with my back against the wall. But despite that, the thread still hasn’t broken. Some days, the knot around my finger isn’t as tight, but on some occasions, it even cuts off my circulation and I feel I can’t breathe.

Since I lost her, I knew that the rich fabric of life would darken for me. When we said the last goodbye, I felt that something had died inside me. I was conscious that some people who come into your life should never leave, and even less so cause suffering.

All of a Sudden, You Came Along: A Story About Falling in Love
Falling in love doesn't necessarily mean love, remember that. Falling in love is in our mind... Click this article to learn more! Read more »
Link copied!
Interesting Articles
Stories and Reflections
Expect Nothing, and You Have Nothing to Lose