When Silence Hides A Scream 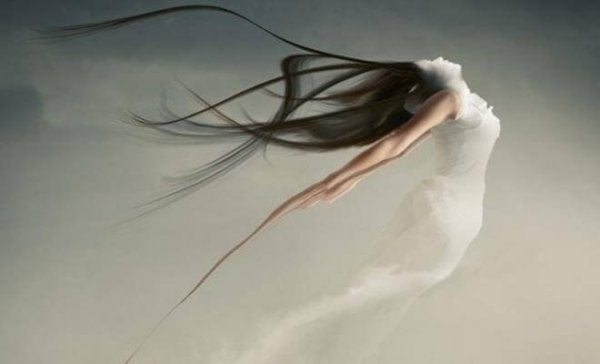 In the silence there is an absence of words, that’s true. But the silence involves a presence, the presence of a message that has not been said, but which is there. Silence is not a gap in communication, but rather a way of communicating something that does not involve words.

“The deepest rivers are always the quietest”

In fact, we could talk about an entire language based on silence. But within these multiple forms of silence, there is one that is brutal because it encloses a scream. It’s the kind of silence that ensues after an overwhelming experience, for which there  are no words to describe what it feels like.

The silence and the horror

The silences that hide screams are almost always associated with horror. Horror is not the same as the terror. As the dictionary says, terror is an intense fear, while horror can be just a feeling of fear and aversion. Likewise, while terror is caused by a material source, horror comes from an undefined source.

Just so that we’re clear: terror is experienced in reference to an identifiable object or situation. It can be a mosquito, a dictator, or an imaginary monster. On the other hand, horror is experienced before a latent threat that comes from an object that is implied but not fully defined. Horror is felt when facing “beings from beyond” or “disaster” or “persecution”.

One of the factors which leads to the silence that follow horror is precisely the indefinite nature of the threats. How can we speak of extreme fear or extreme dislike, if we’re not even clear on where it came from, or on the exact harm it can cause? You just feel that it is “something terrible,” but aside from that nothing else is clear.

Terror is what you feel if you find yourself before a raging lion in a deserted place. Horror is what you experience when someone you love, who is very close to you, suddenly dies. In both cases it appears as a sort of stupor, but in horror the weight of the impossibility of being able to describe and explain adds up.

Horror involves those silences that hide screams. Words cannot express the magnitude of everything that is felt. The words are in debt. Everything that is said seems useless; it does not liberate from pain, or allow others to understand how deep it goes.

In such cases, it seems that words do not serve for anything. Therefore, verbal communication is replaced by silence, but also by tears, gestures of displeasure, sighs…But these expressions do not allow you to overcome the pain, but rather reiterate it.

The scream and the poetry

Words are the only force capable of giving a new meaning to our experiences. It is through words that we can establish an order to the world in our minds and draw out from within us all forms of pain that inhabit us. Making ourselves stand out in order to move forward.

Crying at birth is our first expression of life. With that initial cry, we announce that we’re here, we have passed the first big break of our lives. We have separated from our mother and with the first cry we tell the world that we need the world to live.

Sometimes when we are adults, we feel that only a huge shout can express what we have inside. Only a disjointed and torn expression would be able to express that we are a defenseless being who needs the world.

However, we cannot go around shouting wildly at those difficulties in life. Therefore, the cry that fails to break through, is replaced with silence. But both the muffled cry, and the silence itself, communicate our inability to articulate our feelings.

What is the way out then? We need to scream and we can’t. We need to talk but the words aren’t enough. What do we have left in order to process that suffering when it hurts just to exist?

When ordinary language does not work, poetry becomes an emergency. And poetry is not only a set of structured verses, but also refers to all forms of expression that use figurative senses to materialize.

Poetry is singing, dancing, painting, photography, and crafts. Knitting, sewing, decorating, and restoring. Every creative act is intentionally performed to shape the pain we feel is considered poetry…

Carving, sculpting, cooking… Cooking?… Yes, cooking. Has anyone read “Like Water for Chocolate”? Laura Esquivel shows us a woman who transmits her pain to food, and manages to get others to cry from delight.

Wherever the words are insufficient and where you are drowned by your cries, right there is the root of poetry in all its forms. It is to that place within ourselves where we go when the pain and horror is beyond our control.

The Enigmas of Silence

Almost no one can tolerate silence for a long time. For some, the absence of sound is a kind of fasting, a deprivation … More »

Link copied!
Interesting Articles
Wellness
Routines Suffocate by Imprisoning Us in Our Fears

It is said that fear is like a monster who feeds off itself. This essentially means that when you have fear and avoid…

Wellness
Falling in Love Lasts an Instant, but Love is Forever

To love is to touch the infinite and, at the same time, to discover that our arms can never fully…

Wellness
Finding Support in a World Full of Turned Backs

Sometimes our bravery gets rusty and almost without knowing how, we are overcome by discouragement. That's when we need support…

People do their best when their intelligence and intuition work in harmony. In fact, people solve problems more effectively when…