Signs of Depression in Men

In a society that expects men to hide their feelings and be "strong," it can be difficult to detect and diagnose depression in men. Nevertheless, it’s important to understand the signs of depression in men because they’re somewhat different than other common symptoms you’re probably familiar with. 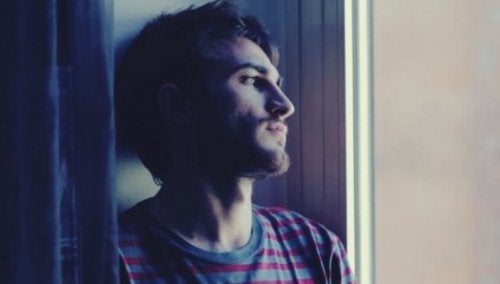 The range of human emotions knows no gender. However, many people think that chronic sadness and depression only affect women. There is an assumption that depression is a sign of weakness and many people wrongly associate weakness with the female gender. Depression in men is common but often difficult to diagnose.

Even today, with all we know about psychology and mental health, people with depression are still stigmatized. Consequently, they look for ways to hide or deny their sadness. That could be one of the reasons why men have a lower life expectancy, higher suicide rates, and tend to get sick more often than women.

“Sorrow was made for man, not for beasts; yet if men encourage melancholy too much, they become no better than beasts.”

These assumptions and stereotypes mean that depression manifests itself in different ways in men, which is why it can be difficult to detect and diagnose. Often, the patients themselves don’t even realize they’re depressed.

Signs of depression in men

Low self-efficacy along with feelings of guilt and inadequacy can indicate depression in men. Men with depression are also often very hard on themselves. Consequently, they feel incapable of dealing with any kind of situation. That makes them feel frustrated and useless.

On the other hand, men tend to consider themselves more autonomous than women. They need independence, self-determination, and freedom (Hankin, 2010; Liu and Alloy, 2010). When they’re depressed, those standards and demands falter. Although they want to be and act a certain way, they feel incapable of doing so and end up failing. As a result, they feel guilty and become very self-critical.

A feeling of emptiness and unusual behavior

Men with depression tend to suffer from a sense of emptiness, which means they feel that something is missing inside. This is often accompanied by a profound feeling of loss that they try to hide from everyone else.

Men with depression are emotionally unstable, so they behave differently than they normally do. That, in turn, makes them feel like the situation is spiraling out of control, which only makes them feel more helpless. It’s a vicious cycle.

Some symptoms of depression, such as apathy, low self-esteem, and sadness, are completely independent of gender.

Another important symptom of depression in men is escapist behavior. Men often work more, go out more, and have more sex when they’re depressed. Their relationships can be superficial, and they might jump from one partner to the next.

They do this because they want to be busy all the time. That way, they have less time to focus on their thoughts and problems. Bennet et al (2005) believed that this avoidance tactic has two goals:

In general, men with severe depression have higher rates of self-destructive behavior and suicide.

The most common ways that depressed men try to harm themselves is with drugs or high-risk sex. Men engage in this kind of behavior because they’re angry with themselves. The problem is that these feelings can become so extreme that they result in suicide.

You don’t often see men crying or expressing sadness. Their symptoms tend to be less direct than those of women. One way they express these kinds of feelings is talking in a pessimistic way about the world and themselves.

Using negative language when talking about their mood is another possible indicator of depression in men.

They probably won’t directly say how they feel, but they’ll be skeptical of everything (or almost everything). Men who are depressed often talk about how things keep getting worse and that only bad things await them in the future.

Apathy, desperation, and a pessimistic view of the future

Another sign of depression in men is a loss of interest in activities or events that they used to like. Over time, they’ll be more and more apathetic towards any kind of activity that isn’t absolutely required. They might even start to see things that used to be fun as a burden. Men with depression might sleep more than usual, watch TV for hours on end, or do something else that helps them avoid thinking or feeling.

If you ask them to step out of their routine, men with depression will get annoyed. Another sign is neglecting their personal appearance. They might stop shaving or trimming their beard out of “laziness” or stop paying any attention to their physical appearance.

Feeling pessimistic about the future is another common sign of depression in men. They might worry constantly about the lack of opportunities for personal development or expectations that don’t align with their goals and objectives. This all happens to depressed men because they don’t have the personal resources to deal with their issues and feelings.

However, many authors think that pessimistic thoughts are combinations of constant worry and intolerance of uncertainty.

Lastly, it’s important to mention that the most difficult thing about depression in men is getting them to recognize it. Their psychological resistance to acknowledging that they have depression is very strong. Sometimes, the best thing is to get them to admit they have a problem, without labeling it as depression. That will encourage them to seek professional help.

The Ancient Greek Cure for Depression and Anxiety
The body and mind were very important for the Ancient Greeks. The cure for depression and anxiety that we discuss here today is attributed to them. Read more »
Link copied!
Interesting Articles
Psychology
What Is An Antidepressive Mind?

Psychology
Saving a Relationship After Infidelity

Infidelity violates what is most sacred in any relationship: trust. Being unfaithful is something unforgivable, but many people end up forgiving their significant…

It's hard to step into the shoes of those who have suffered the recent terrorist attacks in Barcelona. Regardless of whether it was directly or indirectly. But it's even harder…

Did you know there is a color that has the power to relieve your stress? It is the color of the…