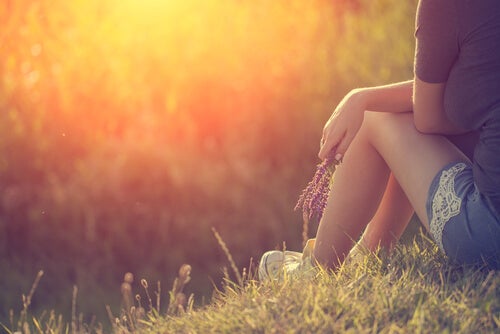 Our lives are often filled with guilt and worry, two emotions that do not bring anything good to our lives, but on which we lay more importance than we really should.

We often feel guilty for things that we have done, things that we do not feel satisfied with in light of the results they have had. At the same time, we worry about what we could or should do, often to the point that it prevents us from taking action.

“Blame lies not in the sentiment, but in the consent.”

But do you really know what it is that you are losing by giving importance to these two emotions?

We know we can’t totally avoid them, but it’s important to be conscious of how much energy and time we dedicate to these two ultimately useless emotions.

Everyone is influenced by these two emotions. It is easy to see depressed and pessimistic people who are constantly blaming themselves and worrying about things that they have done or that they still have not been.

You are probably not an exception within this group. For this reason, it is necessary for you to identify these two emotions, become aware of them, and focus on reducing them. In this way, you can avoid the consequences that they can have, such as anguish, for example.

Anguish is a manifestation of guilt and worry. It causes you to feel abject and hopeless while at the same time obsessing over something that has happened or that could happen.

Learn lessons from the past, redirect your future

Once we have identified these emotions in ourselves, once we are aware of how they make us feel and the fact that they cannot do anything more for us than create anguish, it is time to find a solution for them.

Guilt should not torment us, but rather alert us to an opportunity to learn from a mistake that we have made. This will help us to avoid falling into the same trap again, to progress, and to keep moving forward in our lives.

Nobody is free of guilt. All of us, at some point, make mistakes. But do not think that this is negative! Not at all. Making mistakes makes us into better people, as long as we see them as an opportunity for personal development, an opportunity for growth.

Regarding worry, being obsessed about what can happen in the future really does not do anything for us. When the moment arrives, we will have to act and let events unfold as they will.

Thinking about what can happen before the time arrives is useless, because maybe when the moment does arrive, or everything will happen in a way that you were not expecting. This can be positive or negative. Surely you can think of some moment in which nothing happened the way that you were wanting or thinking.

The past cannot be changed; the future is something that has yet to arrive. With all of this in mind, we should be prepared to face our past and our future in a different way. Nobody says that you cannot feel these emotions, but you can learn from them.

We are emotional beings who have to learn to manage everything that we are feeling in a way that benefits us. Even the most negative occurrence can be an opportunity to learn and be better people.

Do not close yourself off or stress by blaming yourself and worrying about things that you do not have the power to change. What has already happened cannot be changed and we can never what will come next until it happens.

Wellness
Is Admiration Always a Requisite for Love?

Psychiatrist Luis Rojas Marcos gives us this recipe for maintaining love: "Maintaining one's admiration for another and complicity is 'a shared…

Wellness
What Your Skin is Telling You

Wellness
Better to Be Alone Than in a False Love

Nobody really knows whether love is right or wrong. Love feels in full and certain until suffering is suddenly an everyday…