Should We Call Addiction Attachment Instead?

Addiction leads to a bond, which is basically a way of relating to the world, an object, a behavior, or a substance. This is why we say that what we know about addiction "is false" and that we should call it attachment instead. 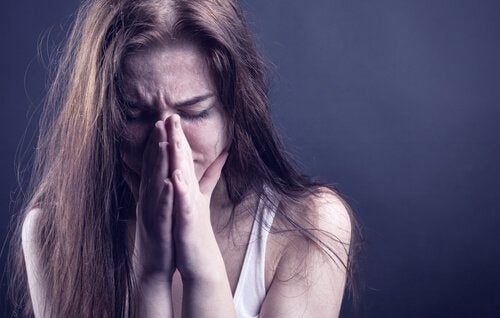 A hundred years ago now, drugs were banned for the first time. In this century of the “war on drugs“, countless professors and governors have told people stories about addiction. They’ve become so rooted in our minds that we believe them to be true. But should we be calling addiction attachment instead?

The American Chemical Society has changed the rules of the game. They say that an addiction to drugs, alcohol, or any other destructive substance isn’t the result of any “personal flaw”. In fact, it’s the natural result of brain chemistry and is similar to an attachment.

Several experiments have shown that what leads to addiction is a need for dopamine. This is the neurotransmitter involved a person’s “degree of happiness” (Newcombe, 2016).

For example, someone gets addicted to cocaine because they haven’t found anything else to become addicted to. In other words, the opposite of addiction isn’t sobriety. It’s human connection.

“Addiction is perhaps a sickness of the spirit.”

The key is understanding why we act the way we do

Substances don’t necessarily make you feel good in and of themselves; the signals they send to your brain and your body do this. Some drugs can boost dopamine levels ten times above normal.

What your brain does to adapt to a dopamine overload is reduce the number of receptors it has for that specific chemical. Thus, an addict will end up needing more and more of a drug to feel good.

British author Johann Hari has also compiled some evidence about “people who live in a happy environment”. These people basically get the right amounts of dopamine in their daily lives. According to his evidence, they’re less likely to develop drug addictions (Swanson, 2015).

“Every addiction starts with pain and ends with pain.”

The opposite of addiction isn’t sobriety, it’s human connection and attachment

Hari also quoted Bruce Alexander, a psychology professor in Vancouver, Canada. He states that “Addiction is an adaptation to your surroundings and is a sort of cage (Alexander, 2010).

He discovered something very odd in one of his experiments. The rats he studied that drank cocaine-laced water until they died were always alone in their cages. They had nothing to do but take drugs. Thus, he wondered what would happen if he tried to change their environment.

This is what led Alexander to create the “Rat Park”, which was basically a fun cage where the rats had access to colorful balls, high-quality food, tunnels to run around in, and many other rats to interact with. It was everything a rat could ever want and more.

What Alexander did was put two water bottles in the cage for them to drink from. One was laced with cocaine and the other wasn’t. All the rats started drinking from both bottles.

He noticed that all the rats that had a good life in the park didn’t like the drugged water. They generally avoided drinking it and consumed a quarter less of the drugged water than isolated rats. Not a single one of them died. The lonely, unhappy rats, on the other hand, became addicted.

The happy rats didn’t develop an addiction to drugs because they had healthier attachments to their surroundings. The unhappy rats had to form an attachment to the drugs in order to find positive stimuli.

Applying the experiment to humans

At first, Alexander believed this may have been specific to rats. But then he found out that a similar experiment was being conducted with humans: the Vietnam War.

That same study stated that nearly 95% of all the addicted soldiers managed to quit. Few had to go into rehabilitation programs. They went from a terrifying cage (Vietnam) to welcoming, warm places (their homes) and didn’t want to consume drugs anymore.

He said that it was an adaptation instead. Maybe the issue isn’t addiction itself but a lack of attachment and the need to latch onto something in its place.

Anxiety is one of the most unpleasant sensations that people can experience. The level of discomfort depends on the intensity of the sensation and the context in which it appears. Generally, anxiety interferes…

It could have borrowed its name from any fairytale princess. It's a complex that originates during childhood and affects personal relationships in the future. If you have daughters, don't miss out…

Psychology
The Long-Term Effects of Cannabis on the Brain

The consumption of cannabis is a controversial subject. There are many studies on the benefits and adverse effects of pot. More…

Psychology
What do you Know about Narrative Therapy?