Dr. Lewis-Hodgson, along with the Mindlab Institute, demonstrated that some songs reduce anxiety as they influence heartbeat, breathing, and blood pressure, among other things. 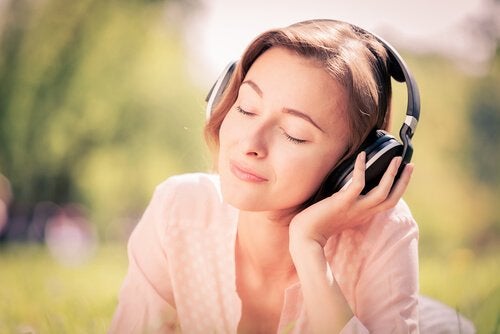 We dare to say that music has influenced the state of mind of every person in the world at least once. As of now, several studies have proven that there’s a relationship between music and emotions. Some songs make us angry, sad, or happy, while others do nothing but relax us. A British neuroscientist has even alleged that certain songs have therapeutic properties and can reduce anxiety.

Dr. Lewis-Hodgson, in partnership with the British laboratory Mindlab International, published a list of songs that reduce anxiety by up to 65%. He made this list after monitoring the brain of 40 women while they listened to music.

Additionally, he monitored other body signals such as heartbeat, blood pressure, and respiratory rate. All volunteers showed a more harmonious and relaxed state of mind after listening to the songs that reduce anxiety.

“One good thing about music, when it hits you, you feel no pain.”

Dr. Lewis-Hodgson compiled a list of seven songs that reduce anxiety. Keep in mind that these aren’t the only songs in the world that can do this. This neuroscientist simply delved into songs that were popular at the time.

“Pure Shores” by All Saints

According to Lewis-Hodgson’s ranking, the song “Pure Shores” by All Saints occupies the 7th place among the songs that reduce anxiety. Its lyrics speak of relaxation.

Critics from all around the world acclaimed this song. It uses double bass keyboards and dolphin sounds in the background. In fact, some people think it’s one of the best 20 songs of the century.

“Canzonetta Sull’aria” by Mozart and “Strawberry Swing” by Coldplay

“Canzonetta Sull’aria” by Mozart is a short duet which is part of the 3rd act of The Marriage of Figaro opera. It uses oboe, bassoons, and strings. It has 62 compasses and was part of the soundtrack of the 1994 film The Shawshank Redemption.

On the other hand, Coldplay’s “Strawberry Swing” has a particular and alluring tribal influence. It was officially released in 2009 and many critics praised it.

“Music has healing power. It has the ability to take people out of themselves for a few hours.”

“Watermark” by Enya: One of the songs that reduce anxiety

“Watermark” is a single of Enya’s first musical album. From the very beginning, this song fascinated Rod Dickins, the producer of Warner Music UK. Anticipating what science would say in the future, he assured that this song allowed him to get a better night’s sleep.

The voices used in “Watermark” were superimposed 200 times. As a consequence, Enya’s voice mixes in with hypnotic and evocative sounds. Magic and fantastic childhood memories were the main inspiration for this song.

“Mellomaniac (Chillout Mix)” by DJ Shah and “Electra” by Airstream

Roger Shah, also known as DJ Shah, created the song “Mellomaniac (Chillout Mix)”. DJ Shah is a German and Pakistani musician who is famous for his electronic music compositions. “Mellomaniac” is definitely one of his greatest singles of all time.

Both “Mellomaniac (Chillout Mix)” by DJ Shah and “Electra” by Airstream are part of the group of songs that reduce anxiety. The experiments carried out in Mindlab show that they slow heartbeat by up to 27% and may even have analgesic effects on chronic pain.

“Music produces a kind of pleasure which human nature cannot do without.”

Mindlab cataloged “Weightless” as the most relaxing song in the world in 2011. According to research, this song is 11% more soothing than any other. Investigations found that it reduced anxiety by up to 65%.

This isn’t surprising at all since Marconi Union deliberately took scientific theories into consideration in order to compose a relaxing song. This fact is actually certified by The British Academy of Sound Therapy.

We’re sure that there are many other songs that reduce anxiety. The things they have in common is a complex composition and that they pretty much lack repetitive patterns. As a consequence, the brain “disconnects”, since it’s not possible to “predict” the following beat.

Music is a tool we can always turn to when we’re feeling overwhelmed and need to relax.

Effects of Music on the Brain
What goes on in the brain when we listen to music? One example is that it activates both hemispheres in the brain and creates more connections between them. Read more »
Link copied!
Interesting Articles
Psychology
If You Try to Please Everyone, You'll Never Find What You Are Looking For

Psychology
5 Reasons Why Psychotherapy May Fail

Psychotherapy fails for different reasons, but that failure is always relative. The simple fact of having started the process is positive.…

Spiteful people create toxic environments full of contagious negativity. We feel it at home and at work, where the air seems contaminated,…

Think back and ask yourself this question: Do you think there's something in your life that makes you happy and…