Are some kinds of therapies better than others? Which one should you choose? The Autonomous University of Barcelona carried out a study to get to the bottom of that question. Read on to discover their findings! 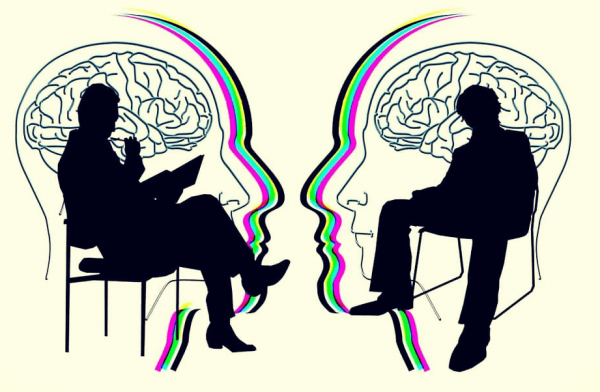 Nowadays, there are many therapies to choose from if you’re in need of psychological help. Each therapy has a different degree of effectiveness and no one really knows which the most effective one is. To address that problem, a group of researchers at the Autonomous University of Barcelona (AUB) carried out a study.

After closely examining the models and consulting with experts on the subject, the researchers defined seven different factors that determine how effective a particular therapy can be.

At the end of the day, the end goal of all psychologists is for their patients to improve. Aside from all the theories and concepts, the bond between patient and therapist is fundamentally human. One person is suffering, while the other is guiding them through that suffering. According to the Autonomous University of Barcelona, these seven factors are what make this possible:

“Know all the theories, master all the techniques, but as you touch a human soul be just another human soul.”

1. Listening and being present

Psychologists have to cultivate inner silence in order to be authentic listeners and be truly present. This gives the patient a sense of security because they know that they’re with someone who is able to make a difference in their lives in a non-invasive way.

Modern therapists know that psychology has a scientific foundation. They also know that therapy is an art, and all art requires creativity. This means knowing how to improvise and not always adhering to a defined structure.

Creativity is important for effective therapy because it allows the therapist to adapt according to each patient’s needs. Thus, the bond between patient and therapist isn’t sterile, although some try to make it seem that way.

The Autonomous University of Barcelona asked therapists from different fields to identify what they had in common. They reached the conclusion that the common denominator was intention.

All the therapists wanted their patients to get better. However, another study revealed that, over time, that motivation decreases and patients are aware of it.

In 1986, researchers discovered that at least 15% of therapeutic effectiveness stems from the placebo effect. When someone trusts their therapist and believes that they can help them, they’ll probably see improvements. That’s why it’s so important to establish a positive patient-therapist relationship.

When psychologists talk to their patients, they try to simplify and clarify ideas. This is appropriate because it helps both parties organize ideas and figure out what is going on. However, the patient could also see this simplification as lazy reductionism.

On the other hand, the AUB study discovered that psychologists who use a more sensory language and many metaphors see positive effects in their patients. This is why poetry is another factor that can make therapy more effective.

The AUB study reflected on the patient-therapist bond. Although certain kinds of therapies emphasize therapist neutrality, at the end of the day, impartiality is impossible.

The patient and the psychologist have feelings and the natural human tendency to form bonds. With that in mind, many therapeutic strategies argue that the therapist should be allowed to feel compassion for themselves and for their patients. This doesn’t damage the process. Rather, it strengthens the bond between patient and psychologist and makes therapy more effective.

So much of what is human remains a mystery to scientists, in spite of the insistence of many psychologists that we can understand everything. That is an impossible expectation, which is why therapy often fails.

The patient and the psychologist need to understand this if they want therapy to be effective. There are questions that don’t have the answers to, and that’s okay.

Finally, the AUB study argues that a good therapist should be professional but warm because the human touch is critical for effective therapy.

Transdiagnostic Therapy: How Can it Help?
If you treat the root cause of a problem, you're more likely to succeed and prevent relapse. This is the idea behind transdiagnostic therapy. Read more »
Link copied!
Interesting Articles
Therapies
Deep Sleep Therapy: What Is It? Why Isn't It Used Anymore?