Serendipity and Personality: The People Who Make Valuable Discoveries

Serendipity and personality are related. Great discoveries usually come to willing minds, and to those who are patient, consistent, and not afraid of opening their minds to new paths and possibilities. 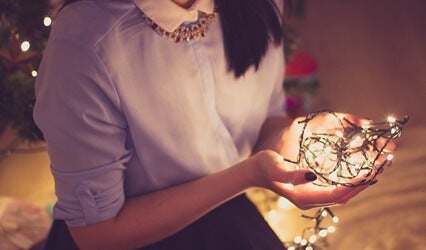 Serendipity and personality share a bond. The magic of finding something unexpected and valuable almost by accident is, according to experts, more than just a coincidence. They say that we ourselves, with our commitment, ingenuity, and determination, would, therefore, bring about these exceptional discoveries.

Louis Pasteur said that “Chance favors the prepared mind“. He was absolutely right. The world of science, for example, is full of surprising discoveries. Alexander Fleming and penicillin, Wilhelm Roentgen and X-rays, Cyril Astley Clarke and his work in preventing Rh disease in newborn children.

We could give hundreds of examples of how serendipity is responsible for the most relevant findings. However, there are always common elements such as sagacity, perseverance, and a mind capable of seeing great possibilities in what seem to be mere coincidences. There’s nothing magical in all of this. What is magical is the dazzling commitment of a mind that always knows how to see beyond things. A mind that’s receptive to its surroundings, and that’s capable of broadening its perspectives to accept new approaches.

“Seeds of great discoveries are constantly floating around us, but they only take root in minds well prepared to receive them.”

Serendipity and personality: how are they related?

We could say that, without a doubt, the area where serendipity occurs most is in the pharmaceutical industry. One of the most talked-about cases in recent times is undoubtedly Viagra. This was a drug originally created to treat angina pectoris. However, it’s now one of the best-selling drugs for erectile dysfunction.

In the scientific field, we know that chance is an ever-present factor. However, it’s an element generated by the researchers themselves, and only the most experienced ones will know how to take advantage of it.

William Shakespeare himself said in his play Julius Caesar that only people capable of going into the tides achieve fortune. Because of this, serendipity isn’t available to everyone, and valuable findings are only for those who are prepared to seek them out.

As a curiosity, there’s even a group called The Serendipity Society. Its goal is to investigate these phenomena and to understand the relationship between serendipity and personality. It’s a network of academics from around the world, from the fields of psychology, psychiatry, physics, and medicine. They come together to attempt to unravel these striking and inspiring events.

These are some of their findings.

People who create their own opportunities

Serendipity and personality are related through ingenuity and the ability to break with the established, the expected, or the norms. It requires innovation. It implies challenges. Also, it requires open-mindedness and the spontaneous curiosity of a child.

Santiago Ramón y Cajal would say that a favorable finding occurs only in a context of inspiration, added to the opportunity to be in the right place at the right time. Therefore, several factors come together and, above all, the person needs a clear predisposition and commitment to the task.

Studies, such as this one conducted by Dr. David R. Colman from the Montreal Neurological Institute, describe this very issue. They remind us that serendipity, although a mysterious phenomenon, is more present in our daily lives than we might think.

The origin of the word serendipity (originally “serendipia“) comes from a Persian tale called The Three Princes of Serendip (“serendip” is the Persian name for Sri-Lanka).

However, Horace Walpole used this term in a letter to diplomat Horace Mann. He did it by relating the word to the magic of chance and those happy coincidences where one looks for something and finds something much better.

The story of the Three Princes of Serendip tells us how three brothers solved problems and difficulties in an extraordinary way. Horace Walpole attributed these feats to chance, to that idea of chance and randomness that often seemed to apply to those brothers.

However, if one delves deeper into this story, one realizes that this isn’t so. The three princes were wise, skilled, and ingenious.

Serendipity and personality share a common bond: a willing mind. It’s the same approach that Sherlock Holmes used in his cases. When something unexpected happened, Holmes made use of the scientific approach where he could go back in his mind and reconstruct the possible effects that shape those causes. There’s ingenuity and creativity, not only an openness to experience.

Some people are conducive to experiencing great serendipity. As a result, they generate movement and opportunities, and they’re active and highly resourceful.

In short, this is something to keep in mind. To find those happy coincidences, you need to know how to listen. You need to view the world with curiosity, with the excitement of a real explorer and of someone who isn’t afraid to explore new paths.

The Virtue of Keeping An Open Mind
An open mind is a powerful weapon that we should know how to develop. Read more »
Link copied!
Interesting Articles
Personality Psychology
The Main Characteristics of Type A Personality