Louis Pasteur: His Life and Legacy

Louis Pasteur was a pioneer in science, although in his early years he was more inclined towards the arts. He's a scientist who revolutionized the theories of his time and brought in new knowledge that was applied in different areas, for example in medicine. 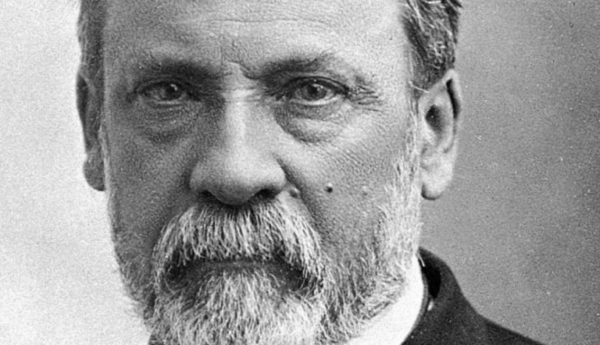 There are people who, thanks to their ingenuity, are able to surprise humanity. Regardless of the field, throughout history, we’ve encountered several people who, for several different reasons, dared to innovate, and changed our conception of the world. One of these geniuses was Louis Pasteur. Thanks to his contributions and innovations, he established himself as a pioneer of science.

It’s amazing to think that we’ve had people like him. People to whom we owe countless advances that, even today, continue to favor our scientific progress. However, his work, like that of many other geniuses, was quite controversial at the outset.

Novelty and change are frightening. They often generate a certain amount of rejection and then, over time, are revalued. Today, no one doubts Pasteur’s contributions.

In this article, we’ll talk about Louis Pasteur, his life, and also his contributions to the scientific world. Join us in this adventure in which you’ll find the most fascinating and innovative contributions of the man who has been considered a pioneer of modern medicine and microbiology.

“Do not let yourself be tainted with a barren skepticism.”

Louis Pasteur was a chemist and bacteriologist of French origin. He was born on 27th December 1822 in Dola (Franche-Comté, France). In his childhood, he seemed to show a greater interest in art than in books and science, leaning mainly towards painting.

At school, Pasteur didn’t show much aptitude in the scientific field and little interest in studies. His father forced him to continue his secondary school studies. Pasteur obtained his bachelor’s degree in literature in 1840, and later became a scientist in 1842. That same year, he entered the École normale supérieure in Paris.

Years later, at the same school, he worked as a physics teacher, although he would also show a deep interest in chemistry. He taught chemistry in Dijon and Strasbourg. In Strasbourg, he met Marie Laurent, who would become his wife in 1949. Five children were born from that marriage, of which only two survived. Sadly, typhus took the lives of the other three. The children who survived were Jean-Baptiste and Marie-Louise.

As we can see, geniuses sometimes don’t really fit into the educational system and they don’t find it easy to choose their best study options. In the case of Pasteur, nothing in his childhood seemed to indicate that he would opt for chemistry, and yet, these days, he’s best known for that area of study.

Louis Pasteur left us a great legacy thanks to the scientific discoveries he made and his performance in education. Here are some of his main discoveries, contributions, and acknowledgments:

Thanks to his discoveries regarding microbial theory, he managed to advance the development of vaccines, something that is still very useful today. Pasteurization, on the other hand, is a wonderful process that guarantees the safety of several food products.

Pasteur also left us several antiseptics that have radically changed medical attention. Pasteur’s research has contributed to the improvement of the world as we know it today and will probably continue to do so in the future.

Pasteur devoted a large part of his life to research. This research and discoveries are reflected in his writings and those of authors after him, who wrote about his legacy and complimented his work. Even today, Pasteur is still referred to as one of the greatest scientists of the 19th century. Here are some of his most noteworthy works:

Louis Pasteur was definitely a pioneer of his time, and considered the founder of microbiology. He was also a multi-faceted author, who brought about important advances in the scientific and medical fields, and who left us one of the most prestigious research centers at an international level.

His was a life dedicated to education, research, and science in general. A scientist to whom we owe several incredible improvements in our quality of life, as well as methods that help fight disease and preserve different types of foods. For these reasons, we can say that Louis Pasteur was an unparalleled scientist.

“If perchance you should falter during the journey, a hand would be there to support you. If that should be wanting, God, who alone could take that hand from you, would Himself accomplish its work.”

Ramón y Cajal, the Father of Neuroscience
Santiago Ramón y Cajal is one of history's prominent scientists, he's up there with Galileo, and Einstein according to Eduard Punset's description. Read more »