Today, we're going to show you five quotes on suffering from the Greek philosopher Epictetus. Read on to learn these valuable life lessons! 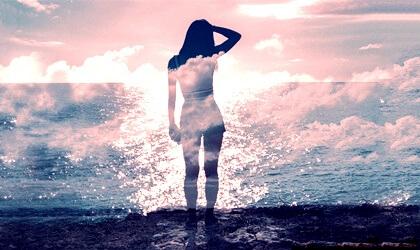 Epictetus was a Greek philosopher, but he spent a huge part of his life as a Roman slave. We don’t know exactly when he was freed, just that he became famous. Despite being a slave, he focused on the pursuit of happiness and well-being. In this article, we share some of Epictetus’ quotes on suffering. They helped him and we’re sure they can help you, too!

Epictetus was part of the Stoic philosophy movement. Thus, when he talked about happiness, he referred to it as eudaimonia, which is something you achieve through actions that line up with your core values, as well as a deep level of commitment.

Epictetus and his quotes on suffering

1. How you talk to yourself matters

“It’s not what happens to you, but how you react to it that matters.”

The first quote on suffering mentions two things most of us do unconsciously. One of them is the negative way we tend to talk to ourselves and the other is the story we create out of any experience.

For example, you just had a conversation with a stranger. Afterward, you tell yourself: “I acted like an idiot and said stupid things. I have no idea how to act around other people”. The conversation didn’t cause your suffering. Instead, how you talked to yourself about it made you suffer.

It’s important to be self-aware and pay attention to how you talk to yourself. Learn to recognize when you distort reality so that you can be more compassionate with yourself.

2. Not everything is in your control

“There is only one way to happiness and that is to cease worrying about things which are beyond the power of our will.”

Oftentimes, we suffer and feel bad about not being able to control everything. For example, your friend is in an abusive relationship, but they don’t see it. This might make you feel powerless, and you suffer because you love this person. However, no matter how hard you try, you won’t be able to stop them from making their own decisions.

The important thing is to remember that some things are out of your control. You can choose your own path of action, but not others’. Recognizing and accepting that will save you a lot of suffering.

3. What people say about you

“If evil be spoken of you and it be true, correct yourself, if it be a lie, laugh at it.”

This quote speaks of the importance we place on what other people say about us. You have to be reasonable about this kind of thing. If someone speaks poorly of you and they’re right, then you should correct your behavior. Sometimes, other people’s words can help you pick up on problems that you hadn’t noticed.

On the other hand, if they’re wrong, you can try to clear your name, but you also have to know when to stop. Don’t take anything you know to be untrue to heart. Seeming hurt by this kind of thing can lead people to say things like “If it bothered you, it must be true.” Thus, having a sense of humor is key.

4. Opinions and problems are contagious

“Other people’s views and troubles can be contagious. Don’t sabotage yourself by unwittingly adopting negative, unproductive attitudes through your associations with others.”

This is another one of our favorite Epictetus quotes on suffering. Oftentimes, you can’t choose the people you have around you, like coworkers or classmates. This means you need to open your eyes and determine whether or not you’re letting them infect you with their attitudes or thoughts.

Being surrounded by negative people can lead you to have a very pessimistic view of the world without even realizing it. Being aware of this can help you keep these people from infecting you with their problems and attitudes.

5. Stepping back from misfortune

“Faced with your own misfortune, do not forget the kindness you bestow upon others with theirs.”

This last quote leaves us with a very wise lesson. When we think about other people’s problems, we often see a clear solution or don’t believe them to be the end of the world. Back to the example of your friend who’s in an abusive relationship, you probably see the solution immediately: “Why don’t they just break up with them?”

But when you’re the one living the problem, you can’t see clearly and that pushes you not to act. That’s why Epictetus says to step back and try to look at things as if they were happening to a good friend or sibling.

One good way of doing this is to ask yourself: “If this was happening to someone I love, what would I tell them to do?” Visualizing that and saying the first thing that comes to mind will give you the answer you need.

These Epictetus quotes on suffering are lights in the dark and help you see things much more clearly. In the end, if you stop holding on to your suffering, it will disappear on its own.

Since people have to do many things in a single day, they sometimes neglect certain important aspects of their lives.…

Culture
What is the Cause of Organized Crime?

Organized crime is a way of committing crimes. These crimes require a certain level of planning and coordinated participation. There are…