Say Goodbye to These 7 Things 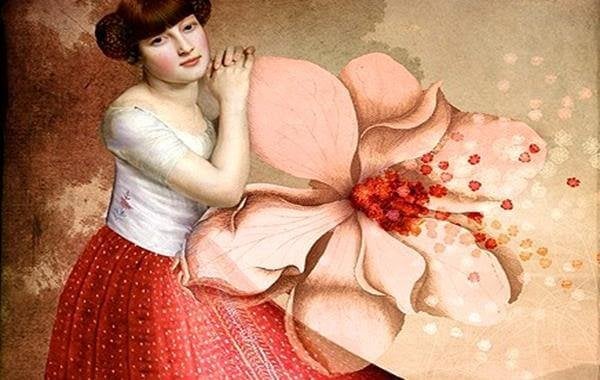 Sometimes you have to say goodbye to certain people in your life, but the problem is that some of them have dug their roots so deep into your life that it’s hard to distance yourself from them. That’s why it’s so hard to say goodbye to a partner you’ve been with almost your whole life, or to all those other people who no longer contribute anything to your life.

Letting go is better than holding on, because releasing yourself gives you potential, while tying yourself down limits you.

Today we will talk about some of the things we should say goodbye to, because most of the time, it’s not that we don’t know how to let go, it’s that we’re not 100% sure what we really have to free ourselves from. But this is all going to change. Now is the time to move forward!

Not everyone is prepared to say goodbye, and even fewer actually do it. It’s all about stopping the momentum, first by eliminating the force that’s pushing you in the wrong direction, and then by starting to build up again. First you have to release yourself so that new opportunities can appear.

Of course, you hold onto that extra weight because you’re incapable of identifying it. So today we present you with 7 things you should say goodbye to so that you can keep growing. Don’t cling onto things that cause you harm. It’s time to free yourself from them.

Sometimes, you don’t feel in harmony with what you’re doing, which makes you extremely unhappy. The main problem is that something is holding you back. Maybe an irrational fear is preventing you from making the change you need to make.

Stop tying yourself down to something that’s keeping you from being free. Nobody is obligating you to do so. It’s you who’s limiting yourself! It’s better to stop resisting and push the fear away. The thing you’re clinging onto isn’t actually giving you the security you think you have.

Identify whatever it is you’re resisting and let it go! Your resistance is binding you to an unwanted situation that won’t let you be happy. It’s time to change, and only you have the power and the will to do so.

Our beliefs limit us much more than we think. For example, if you think you don’t like something, it’s probably because you never even took the risk to try it and be wrong. And if you do try it, you’ll move away from it at the slightest hint of discomfort. Remember that your mind is trying to confirm your beliefs instead of disprove them, because that’s what it does best.

Recognize that all of the barriers around you were created by you. Nobody else put them there; they’re purely your creation. For this reason, only you can knock them down. It’s in your hands to destroy everything that’s limiting you.

Once you release yourself from everything that’s preventing your dreams from becoming reality, you’ll feel free and invincible, ready to achieve everything you desire. Learn to identify your barriers and start to destroy them, and then you can achieve all your dreams.

Most of the expectations we work with are unrealistic. This wouldn’t matter much, except that they’re the source of unfounded hopes that often, through the heavy weight of reality, go unfulfilled. And then comes frustration, distrust, and disappointment.

Expectations are a real challenge to say goodbye to, since we spend so much time following the path that they marked for us. The worst part is that most of the time they’re created by other people who condition our behavior through their own self-interest.

Think about the times you expected something of someone. What was the result? Surely it was disappointment. So learn to stop expecting, and learn to accept. Only by letting go of expectations can you be happier.

Fears are huge barriers that plop themselves right between us and what we want and keep us in our comfort zone. Learn to face and overcome them, because that’s why they’re there! Fears can help you grow, advance, and learn.

If you analyze your fears, you’ll realize that they were created by you, and that most of them are irrational fears that you created without really knowing why. Fear of loneliness, fear of public speaking…are these real fears?

Look fear in the eye, confront it, and see it not as a barrier, but as a push to move forward. You just have to look at it from another perspective and use it to your favor, not against you.

Learn to see yourself as a complete being who doesn’t need anyone else to be happy. It’s hard to say goodbye to misdirected attachment, emotional dependence, and holding other people responsible for your happiness. But it’s necessary.

So learn to be free, be comfortable with solitude, and never attach yourself to anyone out of fear of not being able to make your own decisions. Being free is the better option if you want to feel good about yourself.

Why do you insist on living in the past? The present is what matters and what you should focus on if you want to be happy and keep moving forward. Learn from your past, overcome it, and live in the here and now, because that’s what really matters.

There are many people who dwell on the past, which means they can’t concentrate on the present. That’s why it’s important to analyze the things that are still hurting you, the things you haven’t overcome. Once you identify them, it’s time to let them go.

When you free yourself from your past, you’ll realize that breaking away from it seemed much more difficult than it actually was. Now you can focus on the present and guide yourself towards the future. Looking back isn’t a bad thing, but living in the past is.

Learn to take responsibility for your own decisions, but don’t feel guilty over them. Every decision has possible negative consequences. But you can always learn from them, which is a very positive thing.

This is why you should accept your decisions. Every decision you make will lead you down one path or another, so it’s foolish to regret them. You can make up for the consequences and analyze what you’ve learned, but you can’t go back in time and change your decision.

“Learn to let go. This is the secret to happiness.”

Do you lose more than you gain by saying goodbye to these 7 things? There are many things we cling to because they’re not easy to let go of. However, it’s important to put all of your effort into trying. Saying goodbye will be the best decision you ever made.

Let Go Of What Hurts, Even If It Hurts To Let Go

Link copied!
Interesting Articles
Psychology
The Tongue Doesn't Chew, but It Can Bite

Everybody knows that the tongue doesn't chew, but it can bite. It does this using words, tone, and cowardly phrases that go…

Psychology
I Seek, But Can’t Find…Why Don’t I Have a Partner?

Google, the worldwide information giant, indicated that the most frequent question typed into their search engine in the whole planet…

Follow these habits to be more positive and you'll see that everything improves along with your perspective. Being positive is a skill you can learn. If you sit around waiting for…