Roxane Gay: Resorting to Food in Times of Crisis 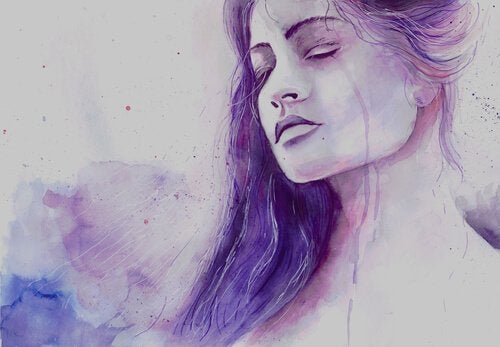 Some people say that there are certain situations that change you completely. For example, having someone use and take advantage of your body can make you lose part of your identity. That’s exactly what Roxane Gay experienced. She started hating herself and her body so much after being raped that her only comfort was food.

Roxane Gay’s life changed drastically when she was only 12 years old. At that age, a group of men raped her. Her partner at that time took her to a forest where he, along with his friends, raped her. She felt scared and guilty for having trusted a person who she thought loved her. She felt naïve and began hating herself and feeling disgusted by her own body.

“I am a bad feminist and a good human. I am trying to become better in how I think, say, and do – without abandoning what makes me human.”

Resorting to food after being raped

She was so scared about being a victim of sexual abuse again that she turned to food to heal her soul. She chose to eat to numb herself because she didn’t want to live anymore. Food became her escape, the only thing that made her feel comfortable.

Roxane knew that women got raped just because of the fact that they were women. She understood that there was practically nothing a woman could do to avoid being the prey of an animal who believes he’s the owner of her body. There was nothing she could do, but one thing: have such a repulsive physique that no man would ever want to touch her or be with her.

During her childhood, she learned something: women had to look petite and slim. Women must be thin and pretty so that others, especially men, would pay attention to them. Let’s not forget that television and magazines often feed the belief that if you’re skinny, you’ll be more important to society.

“When you can’t find someone to follow, you have to find a way to lead by example.”

Roxanne reached a weight of over 500 pounds, which led her to get a gastric bypass surgery in order to save her life. Her body became the prison where she stored all her self-hatred. The silence she kept after the rape triggered this self-destructive spiral she couldn’t get out of. The only thing that she wanted was food.

Today, Roxane Gay is an important writer, columnist, university professor, and feminist. She has learned to love her body just the way it is. She now knows she must love herself and her body no matter what society or the media say about her.

In her book, Hunger: A Memoir of (My) Body, she breaks her silence and encourages other women to do the same. Roxanne shows how she was able to forgive herself for something that wasn’t even her fault. She replaced her self-hatred for self-love. Food no longer dominates her life. She’s now fully in control of her actions, beliefs, and thoughts.

Roxane doesn’t consider herself a victim anymore, but a survivor. She shares her truth, her experiences, and her relationship with her body very openly. She doesn’t ask for pity whatsoever.

Roxanne wants those who have been raped to break the silence as well and speak up. In addition, she wants them to love their bodies just the way they are. Roxane Gay teaches us that although we may go through bad experiences in life, we’re the ones who decide how to react to them. We’re neither to blame nor responsible for rape. Self-hatred is and never will be the answer.

“So many of us are reaching out, hoping someone out there will grab our hands and remind us we are not as alone as we fear.”

Culture
The Cow and the Ravine: A Moral Story to Make You Think

This moral story began in a faraway Buddhist monastery. A restless young man arrived there one day, wanting to learn…

People who have insomnia and perform daily yoga techniques to try and sleep better experience all kinds of sleep benefits.…