What Is Binge Eating Disorder? 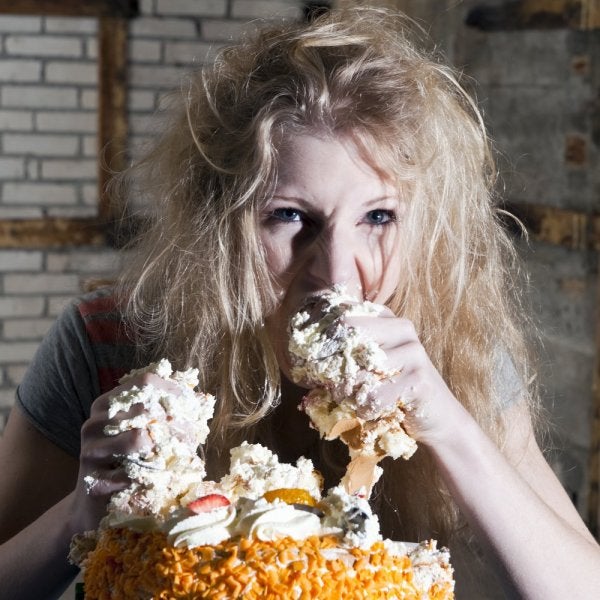 When no one is looking, she goes to her best friend: the pantry. Chocolate, cookies, potato chips…everything goes. She eats anxiously, quickly, greedily. When she’s finished, she never vomits. She just feels great remorse and guilt for having eaten this way.

She’s insecure and needs to be skinny to feel pretty. She’s been on diets over and over again, starving herself. Her body is a prison, and her worst enemy is herself.

When she gets home and takes off her heels, she looks in the mirror and feels a deep sadness that can only be soothed by not eating or eating too much. She’s fallen into a spiral she doesn’t know how to climb out of. It’s her biggest secret.

The tale we just told could be about a person suffering from binge eating disorder. This disorder is affecting more and more people every day, but it’s difficult to diagnose.

It’s usually suffered more by women than men. And it tends to affect people who are overweight and often constantly subject themselves to very restrictive diets. It is also a much more common disorder than anorexia or bulimia.

How can we help someone suffering from binge eating disorder?

If you suspect that a friend, family member or even you could be suffering from this disorder, the best thing to do is to go to a psychologist or psychiatrist as soon as possible.

They can help you with individual and/or group therapies that combine nutritional orientation and psychological intervention. Only a professional can also evaluate if a patient needs medication to block their impulses.

These therapies try to help us feed ourselves correctly, fighting a disorder that can lead to undesired consequences both mentally and physically.

Can you turn a negative thought into a positive thought? Barbara Fredrickson, a psychologist at the University of North Carolina…

We don't often stop to think about how tremendously wonderful it is to truly live, in all our emotions, thoughts, and options. Or…

Nowadays, there are countless jobs that require contact with other people, such as health-related ones. These jobs, in particular, require constant…

Psychology
The "Jigsaw Classroom," a Return to School Integration