How Routine Affects a Couple 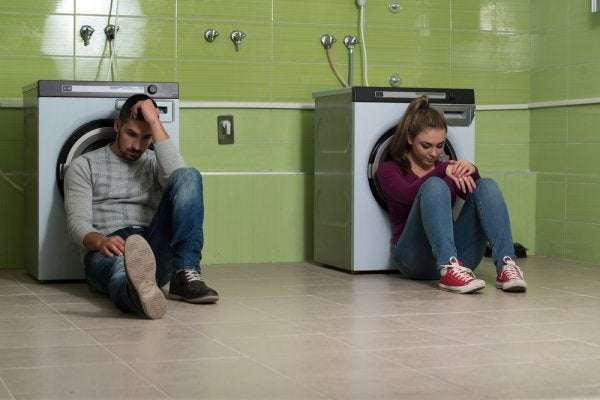 How many times have you heard that a strong marriage has ended because they “just stopped loving each other”? Can that feeling actually stop being felt, or are we just not doing enough to maintain it? Could it be that we neglect love too much and don’t realize what our greatest struggles are?

Without a doubt, routine and monotony are two of the reasons why couples fight, separate, or get divorced. However, we can also take advantage of both in our favor and improve our bond with the person we love and with whom we have established a certain level of comfort.

Imagine you are a detective investigating a murder. The dead man in question is named “Love” and the principal suspect of the crime is “Routine.” You begin to search for proof and you realize that Love trusted Routine too much, until Routine stabbed him in the back.

Doing things the same every single day is something that happens frequently in our lives and, by extension, in the life that we share with our spouse. This ends up causing a breakup that is not “the death of love” but rather the interruption of routine.

Routine can be the catalyst for other problems in the relationship, like infidelity. Having said this, we won’t pretend to justify the actions of anyone who deceives their loved one, but rather fully establish one of the reasons behind what causes that to happen.

Think for a moment, What do we do when we’re bored? We look for something to entertain us. Well, something similar occurs in love and routine. If we give and get the same thing every time, and that begins to bore us, it will be easier to want to find fun somewhere else.

A couple must weather many storms over the years. Monotony is one of the strongest of those storms, but unlike other problems, it starts appearing, little by little, and before we know it what has happened to us is the same as what happened to the naive frog. Click here if you want to know the story.

But on the other hand, did you know that there is a “positive side” to routine? Of course there is, because we must see the glass half-full, and not half-empty. Monotony in marriage has always been seen as something negative, but this does not have to be true all the time.

What’s the positive of routine?

The feeling of being cared for and protected when we do the same things can be a good thing, given that, on the other hand, fear makes us act differently, under pressure. Many young couples fear the routine of eating in the kitchen every night, or going grocery shopping every Saturday morning. In reality, no one actually has to suffer in this, but rather learn to find happiness in security.

If a couple are always doing different things, when will they sit down and figure out what they like? Each one of the things that we do out of routine, we demonstrate to the person who is by our side, and knowing what that person is thinking and feeling is a good thing.

And the negative of routine?

Monotony is bad when we get caught up in the tasks or the daily whirlwind of what we have do to, and we forget the person who sleeps next to us every night.

F0r example, if the same person makes dinner every day after getting home from work, this might mean that the couple isn’t asking each other how their days were, or if the same person always goes to pick the kids up from school then comes home and immediately sits in front of the television or computer. These are the patterns that start to damage a relationship, little by little, like raindrops that fall slowly and steadily on a stone.

These activities or habits are not a problem if they happen a few times a week, but rather when they become things we do in the same way, every day of the week, for months and months (or even years).

In conclusion, it is necessary to switch up the routine and figure out what kind of routine is the one we want in our lives. A little routine helps us build a good, strong relationship; but take it too far and it destroys and “kills love.” Finding the balance is up to you.

Link copied!
Interesting Articles
Wellness
If Love Is Tight And It Hurts, Then It's Not Your Size

Wellness
We Turn Cold to Survive