When Long-Distance Love Is a Choice 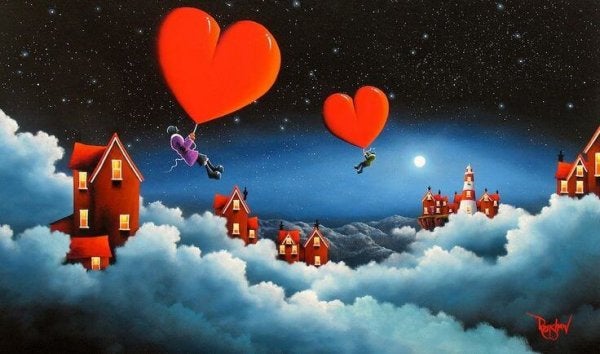 There are many ways to view love, many ways to love and feel loved, but some of them are judged negatively by the people who don’t understand them. One such nontraditional way to experience love is choosing to be in a long-distance relationship. We’re not talking about those couples who are circumstantially obligated to be physically separated, whether it’s for work or family reasons. Instead, we’re talking about people who voluntarily choose not to live under the same roof.

Long-distance relationships involve being a couple without living like a couple. It’s like a permanent engagement in which the intimacy of living together is rejected. They do all other activities like any other couple, but they simply don’t want to live together.

This understanding of love is viewed with astonishment and reluctance by the rest of society, especially by couples who want to live together but can’t. They don’t understand how there could be a relationship that explicitly renounces the shared intimacy that comes with living under the same roof. They speculate that behind this decision lies a huge fear of commitment.

According to Sternberg’s triangular theory of love, in order for complete, mature love to exist, these three components should be present:

Long-distance love lacks intimacy, meaning, according to Sternberg, it’s more like fatuous love. In fatuous love, passion is what makes the relationship work and keeps the couple together. Nothing else unites them but the joy they get from being with each other. Thus, they promise to spend as much time as possible together, but without really getting to know each other since the intimacy is not there.

Fatuous love is sustained by passion and commitment, but has not developed the kind of intimacy that gives rise to trust. Intimacy is something that builds gradually in a relationship and develops later than other components of a relationship like passion, which tend to present at the very beginning.

Long-distance love or fear of suffering?

We tend to equate long-distance love with the fear of being heartbroken. Like Fernando Alberca says, the fear of commitment can be seen in people who remain in the honeymoon phase and are incapable of entering the next stage, which is love. This happens because, in order enter that stage, you have to be vulnerable.

Opening up and showing your true self to the other person involves being vulnerable. That’s why people who are afraid of getting hurt avoid intimacy that would force them to be vulnerable.

Also, being in a long-distance relationship means not living together, so that if they break up, the pain won’t be as intense since they’d have established less bonds with each other. This is because the home is not a shared space in this case, but a safe refuge they can go to by themselves. However, it also prevents them from loving the other person at every level, with all their body and soul. The fear of suffering, of being heartbroken, keeps them from experiencing many facets of love that they deserve to enjoy. So stop being afraid, take a risk, and don’t love at a distance, but with your entire heart.

Are You Afraid of True Love?

Psychology
If Being Different Is a Crime, I'll Do the Time

Having the freedom to be yourself, to be different and authentic, shouldn't be a bad thing. Being happy with or without…