Reconnecting with a Long-Lost Love

According to anthropologist Helen Fisher, reconnecting with a long-lost love sometimes fuels your feelings of longing and passion. Thus, it's possible to continue that chapter of your life that remains unfinished. 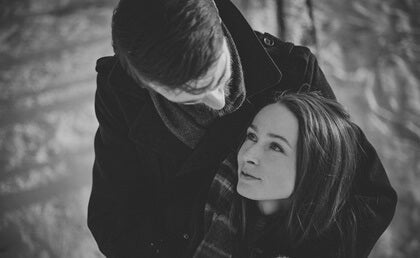 Reconnecting with a long-lost love may be the bellows that revive an apparently extinguished fire or one that’s been dormant for a while. It’s a clash between two souls who immediately identify with one another. Two people with more life experience and, thus, a lot more mature. Oftentimes, letting that flame reignite can lead to an exceptional story. However, it may also involve repeating past mistakes.

This is an era in which it isn’t difficult to resume contact with childhood friends and, of course, with those people with whom you had (or not) a close and, perhaps, even intimate relationship. Because long-lost loves are also those figures who awakened your illusions, fantasies, and Platonic ideals. Those with whom, for whatever reason, you couldn’t establish a more meaningful bond.

Thus, it’s pretty common for people to browse their social networks and try to reconnect with a certain someone. Sometimes, they do so out of curiosity but most of the time is about getting in touch. However, there are times when mere chance encourages one of these reunions and makes you experience old forgotten sensations you thought were no longer there.

Beyond what you may think, studies and works such as those conducted by psychologist Nancy Kalish, from the University of California, reveal that many of these reunions do lead to successful relationships in a large number of cases. However, there are also factors that can lead to failure. Continue reading to read more on this subject.

Reconnecting with a long-lost love – what could go wrong?

People get together at specific moments in their lives. Some do it with fears, insecurities, inexperience, and present needs. However, something very unique will happen if you leave that relationship at a specific moment and meet again years later.

Reconnecting with your long-lost love brings back old emotions. There’ll be a familiar spark that ignites sensations of yesteryear. For instance, the scent of good times (because people tend to forget the bad times) and the cadence of familiar music. However, even though you may have the same soul in the same body, you’re actually quite different than you were before. This is because life has sculpted you. The knowledge you acquired shaped you and your gaze is, in many cases, more prudent, wise, and successful.

All of this makes you wonder if meeting a long-lost love can be positive or not. Would it be wise to consider restarting that relationship? What could go wrong? What’s so familiar with that particular person?

Time could provide the maturity that was missing from a relationship

Nancy Kalish, a psychologist at the University of California, is an expert on the topic of lost and rediscovered love. Books such as Lost & Found Lovers give you the results of an exhaustive study conducted in more than 35 countries. The goal was to find out what was the percentage of success in old-new relationships.

From romantic love to conscious love

Psychologist Thomas Lewis, the author of A General Theory of Love, explains in his book that most people operate under the ideal of romantic love during youth. You seek to establish relationships based on that impossible framework where your connections are dependent and vulnerable.

However, you become aware of that mistake as you get older. You learn that love isn’t only passion but also commitment. You realize the need to respect each other’s spaces and individual matters, while taking care of your own space for other affections, communications, and projects.

Time and experience show that some people have the need to cultivate a mature and conscious love. Likewise, there’s also a very interesting factor that anthropologist Helen Fisher points out. Sometimes, people experience what she calls “frustration attraction”.

In other words, people are aware that they made mistakes with certain people in the past. They’re frustrated by that immaturity because they were the mistakes of an inexperienced young person. They feel that some experiences are unfinished within them. That such badly narrated stories deserve braver restarts and endings.

Hence your desire to recover a relationship from the past. It’s a rescue that’ll have more possibilities of success if you’re clear about what went wrong, to begin with. You can’t return to it in the same conditions as you did before. You can’t and shouldn’t allow yourself to repeat the same mistakes.

Because many things changed even though you may seem the same and you must be clear about them. There are loves that deserve new chapters, no doubt. However, others had an adequate and well-deserved ending when they did.

One Always Comes Back to the Old Places Where They Loved Life
Read more »
Link copied!
Interesting Articles
Romantic Relationships
Get Over a Breakup with an Emotional Detox