Forgiveness and a Clear Conscience Make a Good Pillow 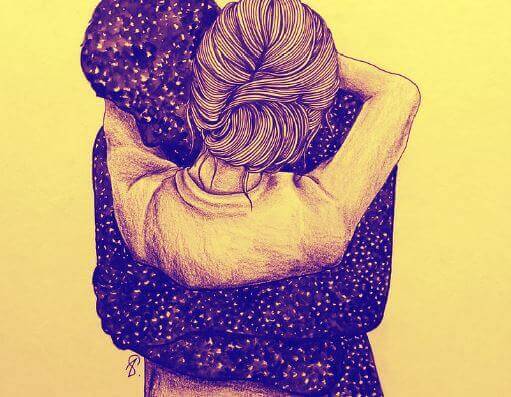 Having managed to forgive someone who did me wrong or knowing with certainty that I acted the best way that I possibly could helps me feel better about myself and avoid the headaches caused by worry. I have made my mistakes and they made them with me, but I fixed and accepted what they did. It is said that generally when worry imprisons the mind, it does not let you live and in particular, it does not let you go to bed with much peace. For this reason, I can likewise confirm that asking for forgiveness and putting it to practice always makes a good pillow.

I do not know of anyone who deserves more than he who forgave without forgetting that begging forgiveness is as hard as giving it.

The act of asking for forgiveness

Elvira Sastre used to say that “a life without courage is an infinite return path,” and she was not at all wrong, because I have always kept in mind that the courage to ask for forgiveness is followed by the greatness of forgiving.

In other words, asking for forgiveness, which demands a bit of self-criticism, self-analysis, and particularly great humility, carries the reward of making myself a better person

“There is nothing better than finding yourself and forgiving the other person whether they’re right or not, because when people do hurtful things, they usually do it because at that moment they couldn’t do it any better, because they were scared, or for whatever reason. Therefore, forgiving is something wonderful.”

The act of asking for forgiveness saves me because it implies taking responsibility for my own mistakes that harmed other people, sometimes very dear people to me. In this last case, I most likely did it without meaning to, but I did it all the same and I feel better if I ask for forgiveness and am forgiven.

Forgiving others, forgiving myself, and getting them to forgive me has helped me escape the bad feelings, the discomfort, the wounds that would not close, a past that did not let me look to the future.

Asking for forgiveness is inherently joined by the “conscience,” understood here as the judge that rules my behavior: it reprimands me, flatters me, gives its opinion of me, and tells the truth.

We say that the conscience is “guilty” when we act badly or speak badly. It turns into a pillow that does not let me find my place or get any rest.

“The conscience makes us discover ourselves, denounce ourselves, or accuse ourselves, and without any witnesses, it rules against us.”

When I sincerely ask for forgiveness and am forgiven, or vice-versa, that pillow that I was talking about transforms: now I can find my place in the bed and in life, with myself and with others. Having a “clear conscience” turns into a step forward and one more door that I can close, turning my back on the past that I learned from.

Everyone has asked for forgiveness at some point

Asking for forgiveness, especially when I made a big mistake, used to give me a feeling of shame, because nobody likes to go backwards and recognize that he did not act correctly.

However, I know that everyone has asked for forgiveness at some point and that it is necessary. Nobody is perfect and everyone makes mistakes, as we say. For that very reason, nobody is left out of the gratifying act of asking for forgiveness.

Do not judge yourself when you do not deserve it. Be humble, but do not humiliate yourself. Always recognize that nobody, including you, can live without forgiving or being forgiven.

Often when we are disappointed, we tend not to take it very well… “Everything happens to me,” “I was not…

Wellness
Friendship is an Indelible Ink

Wellness
10 Quotes for Starting Over

Time and again life returns us to the seashore, where the only thing that there is is confusion. When we move forward in one task and we realize that it…

Wellness
Loss of Appetite: Why Does It Occur?

You've probably experienced a sudden (or gradual) loss of appetite before. This symptom can become normal if it happens at…

Falling out of love hurts, both in the soul and in the heart. All of our hopes are broken like a vase that…