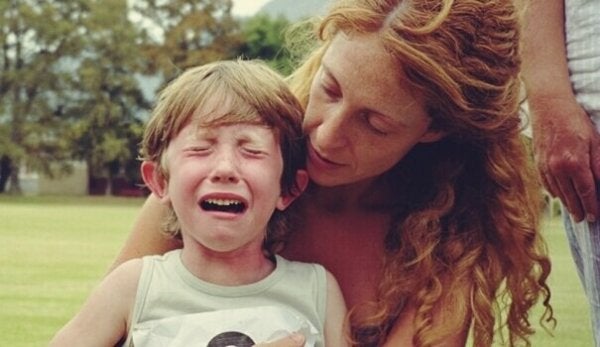 Attachment is a kind of affective bond that you develop as a child. If it doesn’t happen properly, or in other words, if all of a child’s needs aren’t met, they might get into harmful patterns of attachment. Reactive attachment disorder is one of those, characterized by an emotional and affective inhibition that children have towards their parents or guardians.

It’s strange when a child doesn’t seek out any kind of contact and actually avoids it as if their parents were literally fire. No child is born with that attitude; it’s something that they grow into based on the environment they’re in. In these cases they’ve probably been in a completely unstructured environment that’s toxic for them.

“A child’s prior history is what will condition the way they feel in the world and what people expect from them.”

When we talk about reactive attachment disorder, we’re talking about a setting that isn’t taking care of a child’s basic needs. These needs can be anything:

An example of this would be parents who don’t look after their child when they cry out of hunger or the cold. In a certain way, they’re telling their child that the sign of help they’re sending them is useless.

They don’t pay attention to their child’s most basic demands. That’s why their child ends up with an attitude where they don’t waste energy on crying. This improves the chances they’ll survive in the environment they’re stuck with. But what other situations can lead to the disorder?

Environments that can lead to reactive attachment disorder

Children with reactive attachment syndrome avoid any contact with their guardians. They aren’t able to express feelings and positive emotions, or very few of them. They usually don’t go to anyone when they’re in pain, or feel afraid or uncomfortable, which happens to them a lot.

Children who develop reactive attachment disorder from the environments we just described will avoid contact with their parents or guardians. They do it because they’ve learned that no matter how much they try, they never get what they need.

Plus, a lack of affection and physical contact makes it hard for them to express their emotions and feelings. They end up becoming self-sufficient and reject anything that has hurt them. There is no bond, they never felt valued. So they develop reactive attachment disorder as a way of adapting to the environment they’re stuck in.

Back to their roots: creating healthy attachment

All this probably makes you wonder… If the things that happen in our childhood leave such a mark, is there any way to fix reactive attachment disorder? The answer to that question is “yes.”

But it’s very hard because you will need help from a lot of professionals. It’s not enough to just have a psychological specialist; you also need to bring in a doctor and a social worker. Your child’s education and a change to their environment also need to be part of the treatment plan.

The father, mother, or legal guardian has to take responsibility for a process that will take a long time. But it can give great results. The point is to try to create a strong, solid bond. A secure bond. So it’s extremely important to work on the child’s self-esteem and social skills.

Does it really work?

A lot of you might be asking yourselves if all of that actually solves the disorder. Maybe the child just learns to communicate effectively with tools that work for them. Does a deep bond really form? Can we only see their progress through the skills they’ve picked up?

Along these lines, cognitive-behavioral therapy focuses on cognitive restructuring. It has been proven to work for changing the cognitive dysfunctions that prevent children from forming healthy bonds. This is an encouraging fact, especially for all the children who have been in unstructured families and have developed reactive attachment disorder.

“A child will need time to learn to trust that their guardian is ready and willing to help. They still have to learn that they can rely on that person.”

Having a child and raising one are two very significant things. The responsibility always falls on the parents or guardians. Children aren’t objects; they’re people who learn from their earliest relationships and will replicate the same patterns of interaction in the future.

Making an effort to be as good a parent as you can, getting better at it, and asking for help and support will make you capable of seeing to all your child’s needs. You can prevent them from developing reactive attachment disorder.

4 Ways Parents Weaken Emotional Bonds With Their Children
Being parents is not easy. We should rely on the pillars of understanding, affection, and a healthy attachment that encourages maturity and security in our children. Read more »
Link copied!
Interesting Articles
Theories
Color Vision in Humans - How Does It Work?

Why are we so afraid of change when life is so full of it? It's the only thing that's constant. It's…