Ramiro Calle, a Biography of a Yoga Teacher

Today's article is about the life and work of Ramiro Calle, an exceptional human being. He's been a great promoter and teacher of yoga and his teachings contemplate it from the vision of inner work and the search for oneself. 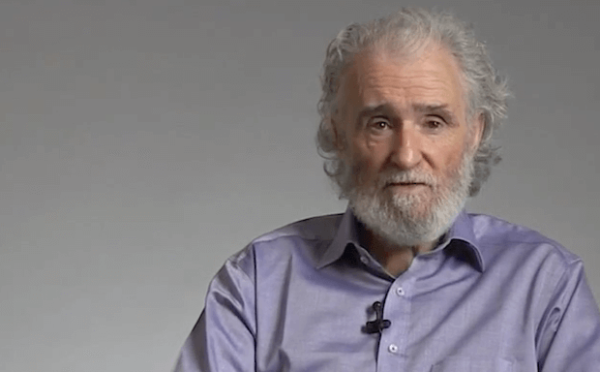 Today’s article is about the life and work of Ramiro Calle, one of the most influential yoga teachers of all time. He’s also a well-known writer of at least 250 published books. In addition, he’s made about 120 trips to India and has been teaching in Shadak, a yoga school, for about 50 years.

Firstly, Ramiro’s been the greatest disseminator of Eastern spirituality on this side of the world. Also, he’s a yoga and meditation teacher and thousands of people have passed through his center. In fact, his works are mostly about philosophical and spiritual themes, although there are several compilations of his travel stories.

Actually, his teachings are far from the most modern currents, from that trivialized gym yoga and from the type of meditation learned in a Western doctor’s office. Ramiro Calle’s teachings are a connection with the spiritual, mental, emotional, self-knowledge, and personal development path. His philosophy has always derived from authentic sources.

Of course, he’s a great advocate of the physical and mental benefits of yoga. This practice originated in India and it’s been around for over 5000 years. Furthermore, Ramiro Calle’s teachings comprise the original instructions of this discipline and there’s meditation, breathing, mantras, and rituals. In other words, physical yoga and mental yoga.

“It isn’t arrogant or egotistical to feel good inside. You had nothing to do with it. It’s simply the honest response to clearly perceived reality.”

Ramiro Calle was born in Madrid in 1943. His beginnings in yoga happened through an Indian master who visited Madrid. His mother attended the classes and introduced him to this method for the mastery of the mind at the age of 15. Thus, it became his passion, way of life, and important legacy.

Moreover, this interest led him to discover the knowledge and practice of numerous techniques such as meditation, pranayama, mantra recitation, observation techniques, and all those considered inner work in Eastern traditions. In fact, he trained with the best teachers in India during his many travels.

As you can imagine, his inner work encompasses different levels of personality, instinct, motor, mental and energetic work. Also, the books he wrote don’t delve too deeply into his personal beliefs so as not to dogmatize or condition his thousands of followers and students.

Ramiro Calle’s always been careful in this regard. In fact, he tried to understand the different disciplines of yoga as a personal path to the conquest of oneself. This is just what he transmits through his teachings, the spread of Dharma.

A pulse on death

A few years ago, a bacterium acquired in Sri Lanka put Ramiro Calle on the brink of the place from which many never return. It led to a brain infection that kept him in a coma for several days and his doctors expected his imminent death.

However, he inexplicably recovered from the nearly fatal illness after two long months at the hospital. According to his own words, he entered the hospital as a mature man and left as an old man. Unfortunately, he did so with severely diminished lung capacity and motor difficulties.

His tenacity and practices gave him back his life, body, and mind. However, he returned from that place with a renewed vision of compassion, humility, and how vulnerable human beings are.

The list of 250 published books is too long to list here. Thus, let’s just say that El Gran Libro del Yoga (In English: The Great Yoga Book) offers the reader a hundred postures and other techniques. Furthermore, he talks about breathing as a vital force. As a link between mind and body in his work Respira (In English: Breathe).

In La Senda de la Atención Plena (In English: The Path of Mindfulness), the author provides the necessary methods to train and develop it. Other works such as En el Límite and Viaje al Fondo de Mí Mismo (In English: In the Limit and Trip to the Bottom of Myself) are more autobiographical.

In the first, Calle reviews his own life after having found himself on the verge of death. In the second, he reveals a more intimate, younger Ramiro Calle. This is because he transmits the restlessness of his life-long search from whose legacy one can drink from as a true source of wisdom.

Yoga for Beginners: The Art of Harmonizing Body and Mind
Yoga for beginners can be for people who are curious or who want help relieve stress and anxiety. Here we'll show you some of the best poses to start with. Read more »
Link copied!
Interesting Articles
Biographies
Francis Galton, a Biography of a Renaissance Man