After disaster strikes, different coordinated protocols go into motion to help affected people and their communities. Psychosocial support by trained professionals is one of them. In today's article, we'll talk about the involvement of psychology in this field. 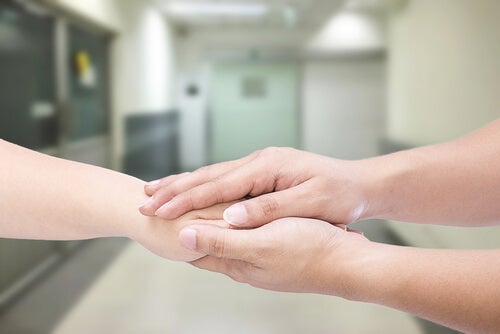 The design and goal of psychosocial support during and after disasters intend to minimize the psychological and social consequences of a catastrophic event on people and their communities.

Psychosocial intervention teams are usually comprised of coordinators, psychologists, and volunteers with specific types of training. They work at two different moments in time.

The first one is after a disaster. The second one before it happens through preventive work that seeks to reduce any possible vulnerable points of a given community. But what exactly is a disaster?

Disasters are both natural and human-made events that lead to a common threat that’s so great, it exceeds an individual’s ability to react and respond to it.

Scientific evidence indicates that natural disasters don’t leave behind as many psychological consequences as those provoked by humans. Nevertheless, both have many repercussions and can devastate an entire community, which is why they lead to suffering in individuals.

After a catastrophe, several variables can influence either the improvement or worsening of a given emergency situation. The community needs to be able to rebuild what they’ve lost from a psychosocial perspective. Thus, they must:

Immediately upon arrival to a disaster area, psychosocial support teams must take action to help anyone whose psychological resources don’t allow them to cope with what just happened. Thus, they’ll have priority.

This is commonly known as psychological first aid. It’s quite intense and short-lived and doesn’t have to respond to a direct request from the affected person. The teams can follow their own initiative and offer to help. However, such actions must follow seven principles:

What to do if you want to help during a disaster

When an event of this magnitude happens, tending to a survivor without any training and references could be a goal you don’t know how to reach. For instance, what’s the right thing to say? What should you do? What’s inappropriate?

Here are some of the main recommendations for psychosocial support:

As a final reflection, when you think of a disaster, you usually take into account an event that occurs within a limited time-space. Generally, an earthquake, a volcano eruption, a traffic accident, a major industrial accident, etc. However, this isn’t always the case. A disaster can also be a long war or famine or any phenomenon that goes on for a while.

Thus, the work of psychosocial support teams during disasters isn’t only to offer support at specific times. In many cases, this kind of intervention must continue as needed until the community goes back to the same functional level it had before the disaster.