Psychophysiology: What Is it?

Psychophysiology studies human behavior and the processes involved in it. To do that, this branch of psychology applies some techniques to capture the body’s physiological responses. 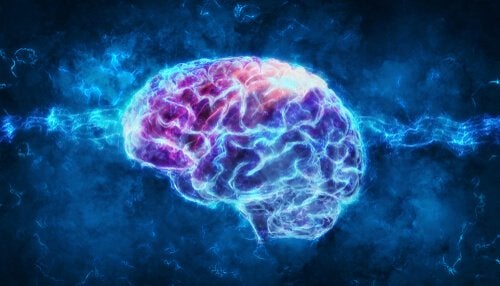 Psychophysiology is the branch of psychology that studies the physiological foundation of the brain’s psychological processes. It analyzes behavior and the processes behind it.

Since its beginnings in the 19th century, it has always studied the same thing. However, technology and the influence of so many different approaches have shaped the way of targeting the brain’s study and its relationship with behavior.

Nowadays, in order to study the brain, experts use many different scientific techniques. Thus, we can find a link between psychophysiology, neuropsychology, psychoendocrinology, psychoneuroimmunology, or the psychobiology of neuroscience.

Some of the journals that publish about it are:

An overview of psychophysiology

Like we mentioned earlier, the main goal of psychophysiology is to study human beings and the processes behind their behavior. To do that, this branch uses some techniques that capture physiological signals, which then translate into electrical signals that experts analyze.

Finally, in order to get the signal, it’s necessary to keep a recording of it on graph paper, moved at a constant speed with oscillographs and ink pens. Once the amplifying phase ends, the signals can also be registered on a computer, which is a more dynamic method and makes it easier to manipulate the signal.

In order to explain the psychophysiological response, experts must carry out both an analysis and an interpretation. Thus, they observe the following parameters:

The signals can be registered in a unipolar or bipolar way:

The analysis of the psychophysiological response

In order to analyze the psychophysiological response, two things must be considered:

Aside from what we mentioned so far, it’s important to also keep in mind the context of the recording. For example, if the recording is carried out in the lab, some variables like temperature, humidity, and light must be under control.

Lastly, it’s worth noting that psychophysiology is like a tree branch, where many different fields of science come together. Consequently, a good part of it takes knowledge from other sciences. And just like that, psychophysiology’s research is also useful to all these other sciences. It’s definitely a fascinating field of study.

The Spinal Cord: Anatomy and Physiology
The spinal cord is a fascinating and crucial part of our anatomy. It is a very complex part, but we will try to give you a crash course about it here. Read more »
Link copied!
Interesting Articles
Behavioural Biology
What's the Purpose of Fear?