Psychopathology and Cinema: Reality or Fiction? 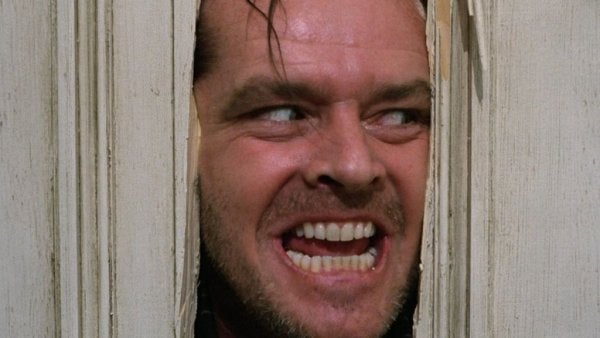 The truth is that descriptions about psychological disorders, their symptoms, or relationships between patients and professionals aren’t always depicted accurately on screen. Frequently, these things are expanded on or blown up to make the movie have more of an impact. This tendency leads screenwriters, directors, and actors away from facts and science. In turn, they start to head towards a direction that depicts a distorted image.

“If psychiatry had not existed, the movies would have had to invent it. And in a sense they did.”

Discrepancies to achieve the surprise factor

Now, we all understand that sometimes it’s necessary to make things a little over the top so that what an audience sees on screen is actually impactful and powerful. Usually, we go to the movies in search of entertainment rather than knowledge. In order to be informed moviegoers, we should take a look at three main aspects:

All this being said, there are films that show an accurate depiction of psychology. We do understand the need to emphasize dramatic elements and depict empowering stories and feelings. Perhaps what the spectator needs to keep in mind is that a film will never completely accurately represent something as complicated as mental illness.

As Good as it Gets

As Good as it Gets is a movie that we all associate with obsessive-compulsive disorder (OCD). We do this because the protagonist has symptoms that we would generally characterize as OCD symptoms.

The irascible character, Melvin, can make us believe that those suffering from this disorder all have the same personality characteristics. However, it’s our job to separate his unpleasant symptoms from the symptoms of obsessive-compulsive disorder. These symptoms include extreme rituals involving cleanliness, symmetry, and repetition that all occur in the movie.

“Dr. Green, how can you diagnose me with obsessive-compulsive disorder and them be surprised if I show up here out of nowhere?”

After the movie’s premiere, a large part of the audience associated obsessive-compulsive disorder with unpleasant and ill-tempered people. These incorrect beliefs also included the idea that with a little love and good friendship, symptoms can subside or even disappear. Movies have made us believe that these ideas are true. However, neither is true.

Martin Scorsese‘s The Aviator tells part of the life of millionaire, producer, and entrepreneur Howard Hughes, a character played by Leonardo DiCaprio.

From the point of view of psychopathology, this film shows us the development and evolution of obsessive-compulsive disorder in a very successful way. Everything begins with a childhood marked by a mother’s fear of her child becoming ill. He lived an eccentric and mania-filled childhood. His adulthood became riddled with obsessions and compulsions.

In the film, we can see how terrified Howard Hughes of germs. He carried his soap everywhere and compulsively washed his hands until he bled to avoid becoming infected.

At that time, there was no definition of the disorder as we have it now, so a doctor never treated it. However, all his symptoms and the suffering it caused (depicted to perfection in the film) indicates that he suffered a great deal.

Before talking about this Christopher Nolan film and how successful it was, we have to explain what anterograde amnesia is. Unlike the well-known retrograde amnesia, that is, forgetting things from our past, this disorder is different because it makes us unable to learn and memorize new things. The person who presents anterograde amnesia forgets everything that happens at the same time it happens because they’re not capable of storing the information in long-term memory. For them, nothing remains because they live in patio-temporal disorientation. Every moment is the same moment, again and again.

Without revealing much of the film and its narrative structure, Memento fairly accurately reflects the anguish of a person who suffers from this memory disorder.

Throughout the movie, we learn of the protagonist’s system created with notes, photos, and tattoos that he uses to try and decipher what’s going on in his life. His strategy isn’t to remember, but rather to confirm things. The director’s goal is to get the viewer to empathize with the protagonist and his state of constant bewilderment. At first, the director seems to succeed in this.

Although Memento doesn’t perfectly reflect anterograde amnesia, it is able to keep us empathizing with the protagonist’s constant uncertainty and confusion.

“It’s a poor sort of memory that only works backwards!”

In conclusion, beyond mere entertainment, cinema is an open door to knowledge, reflection, and empathy. This is because of the stories and characters. Walking in other peoples’ shoes, even through fiction, is something within our reach thanks to movies and books. Now, if what we want is to know more and delve deeper into the world of psychopathology, we should inform ourselves through scientific books and specialists.

11 Psychological Horror Movies
It seems like we all enjoy being afraid, as long as we're in a safe environment. Horror movies are perfect, specifically psychological horror movies. Read more »
Link copied!
Interesting Articles
Culture
Alex Honnold, The Man Without Fear

Alex Honnold represents one of the most enigmatic neuroscience cases. He is the exception to the rule. Most people have…

Interesting Articles
Therapies
Donepezil as a Treatment for Alzheimer's Disease