Psychometrics: Its Origins and Current Uses

Wundt conducted his original experiment in this field with a kind of thought meter. This instrument consisted of a pendulum with metal poles sticking out of each side. The pendulum oscillated from side to side, hitting bells with the poles. 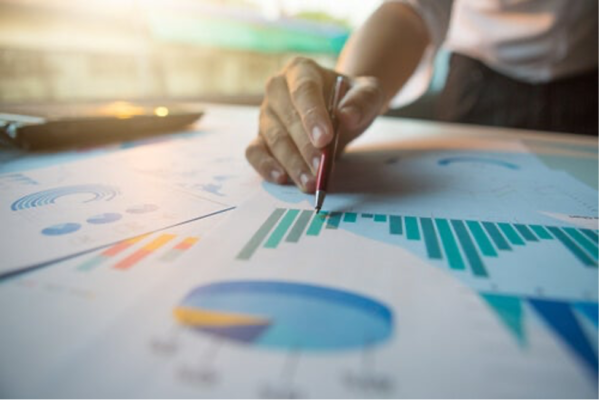 Modern psychology uses current psychometrics to explain some of its aspects. Individual differences, for example. However, do you know how this way of measuring psychological attributes first came about?

If you want to understand today’s psychometrics, you have to first address their historical background. This also applies to psychological tests and the measuring of intelligence. In fact, these tests originated much earlier than you probably think.

In approximately 2200 BC, a Chinese emperor ordered three yearly examinations of his government officials. He wanted to check that they were still capable of carrying out their duties. Subsequent dynasties continued to carry out these tests. Eventually, the tests were perfected. However, the Hans dynasty validated these procedures in 200 AD.

The beginning of psychometrics: experimental psychology

Experimental psychology flourished in the late 19th century in continental Europe and Great Britain. In fact, it was then that psychology started to move away from the subjectivism and introspection that had characterized it thus far. From that time forward, they started to test human capabilities in laboratories. Furthermore, researchers began to use objective measures.

Who was responsible for these changes? For the most part, they were famous psychologists, such as Wundt, Galton, Cattell, and Wissler. Indeed, they proved that they could scientifically measure the mind. That’s when psychometrics was born.

William Wundt (1832-1920) was a physiologist, psychologist, and philosopher. He founded what’s now known as the first psychological laboratory in Leipzig, Germany, in 1879.

Wundt conducted his now renowned experiment with a kind of thought meter. This instrument was a pendulum with metal poles sticking out of each side. The pendulum oscillated from side to side, hitting bells with the poles. The observer took note of the position of the pendulum when the bells rang.

Wundt considered that the difference between the observer’s perceived position of the pendulum when they heard the bell, and the pendulum’s actual position, could provide the means to determine the observer’s speed of thought. Indeed, despite the rather rudimentary nature of the procedure, Wundt did manage to measure certain mental processes with this experiment. Furthermore, he recognized individual differences.

For this reason, it’s important to highlight the importance of the study of individual differences. Indeed, they were the precursor for psychometrics.

The importance of testing

Indeed, many children have to pass certain “psychological tests”, more or less from their first day at school. Furthermore, on another level, these types of tests can affect an adult’s future. For example, a test for depression may or may not point towards an official diagnosis of the disorder.

The consolidation of psychometrics

The consolidation of psychometrics is reflected in the psychological evaluation business. In fact, the American Psychological Association (APA) formed a committee in 1895 that specialized in this new technology of measuring instruments. Then, in 1899, the president of the APA asked psychologists to develop this type of test. The tests had to have certain characteristics.

“(The tests) could be applied to both children and adults in such a way that all people had the same opportunities to demonstrate their examined capabilities. To save time, they were designed so that they could be administered to a class or school at the same time.”

The psychologist Cattell founded the Psychological Corporation for the industrial production of tests in 1922. Later, in 1947, the Educational Testing Service (ETS) was founded. This organization is responsible for producing standardized performance tests and academic aptitude tests.

In 1901, Weldon, Galton, and Pearson founded the journal Biometrika. This publication included works related to biology and psychology. In 1936, Thorndike founded Psychometrika magazine. In fact, this journal has proven to be a great source. Since then, journals related to psychological measurement have continued to emerge.  Some of them are:

The term psychometry is currently the most widespread for referencing psychological measurement. Indeed, it’s the discipline that actually measures psychology. It could be defined as “the set of methods, techniques, and theories involved in measuring psychological variables”. In summary, and more simply, it’s the science that measures the psychological aspects of a person. These aspects include knowledge, skills, and personality.

5 Strategies for Taking Psychometric Tests
Psychometric tests can be very useful when they are used within a certain framework and administered by a qualified expert. Read more »
Link copied!
Interesting Articles
Personality Psychology
The Relationship Between Voice and Personality