Psychological tests are the tools that psychologists use to measure constructs that they want to explore and learn more about. 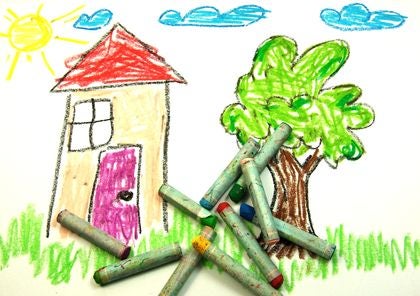 Just as we use scales to measure our weight, psychologists resort to psychological tests to learn more about anxiety, emotions, and personality, among other things. Now, it’s important to mention that these tests are only useful if they meet quality standards.

Every instrument is based on the formula X = V + E. In it, X represents the sum of V (the actual score) and E (the measurement error). This simple formula is a way to investigate the quality of psychological tests. Also, through this formula, we can create instruments where X and V are as similar as possible in all individuals. An important fact we must note is that the study of the measurement of psychological constructs is called psychometrics.

What should we do to create a good instrument? What are the indicators that tell us if a psychological test is good or bad? To answer these questions, we’ll be talking about the aspects that should be taken into account when it comes to making an instrument. In addition, we’ll also explain the concepts of validity and reliability.

How to make a psychological test

Making a psychological test is taxing because it’s a long, thorough process that requires a lot of work and research. As a preliminary step to this process, it’s vital to answer three essential questions:

The first question allows us to know the object of study. Although people believe it’s unnecessary to define what we want to measure, it’s vital if we want the test to be done right. A historical example of this is intelligence. People began to make different instruments to measure it, but no one actually defined what intelligence was. As of now, people still don’t agree on what intelligence is and many tests measure different things.

A key aspect of defining the construct we want to measure is knowing how we can measure it. We can’t directly observe psychological constructs (like anxiety, for example), but we can measure them through the behaviors they produce.

The second question helps adapt the test to the population we want to measure. We obviously can’t make psychological tests for all ages and conditions. Therefore, it’s vital to know what the target population is so we can adapt the instrument to the subjects’ needs and nature.

All psychological tests are constructed with one or more goals, such as diagnosing a disorder, selecting subjects, researching, etc. The third question helps us focus the instrument towards its usefulness. Even when two tests seek to measure the same variable, they can differ greatly if their goal is different. For example, let’s say that we want to measure intelligence. We could aim the tests toward detecting gifted children or childhood deficiencies. As you can see, the variable is the same, but the goal is different.

The quality of psychological tests

In psychometry, there are two fundamental indicators that establish whether a test fulfills its function or not. Those indicators are validity and reliability. Many statistical formulas have been designed to calculate them and to determine the test’s quality.

The validity of a test is its ability to measure what it seeks to measure. For example, if we want to measure depression, the test will be valid if it measures depression only. Although it may seem absurd that a test can measure something we don’t want, a poorly defined instrument can certainly yield poor validity levels.

There are several statistical resources to measure the validity of a test. The most common ones are correlating the test we want to measure with another that has already been proven valid and submitting it to an evaluation by different expert judges and seeing if they agree.

Reliability indicates the accuracy of a test. A test is reliable if we use the same instrument twice on the same person and get the same results. If the results are different each time, then the measurement error is so high that it distorts them.

There are also different statistical strategies to measure reliability. The most popular one is making a group of people take the same test twice and seeing the correlation between the first and the second results. A high correlation would show us high reliability, which means that the test fulfills its function.

To conclude, we must mention that psychological tests are used in all branches of psychology. Therefore, they should be created in controlled ways to ensure their results are valid and reliable.

What is Experimental Psychology?
To arrive at a precise and safe conclusion, researchers often employ different scientific methods. This is what experimental psychology mainly focuses on. Read more »
Link copied!
Interesting Articles
Psychology
Awareness Is the First Step Toward Healing or Changing

Achieving a state of awareness is, above all, an awakening. It is opening your eyes from within in order to…