How to Change a Habit in 6 Steps 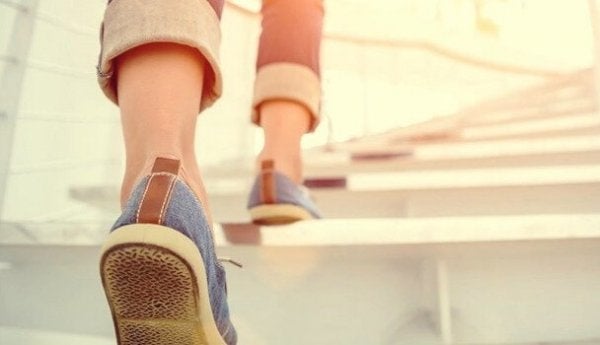 Changing a habit is a real challenge, especially if it’s deeply rooted. However, we can all identify a habit we’d like to change. When a new year arrives, we all make resolutions to start or stop doing something. The truth is that, although we do make an effort to change a habit, we shortly go back to the same old routine.

The good news is that there are effective ways to help you change a habit. Although we want to change, what fails sometimes is our strategy. Changing obviously takes effort and perseverance. However, it’s much harder to change a habit without an adequate method.

To change a habit, you need to put cognitive, emotional, and decisive factors into play. Making the decision to change isn’t enough. From analyzing human behavior, we’ve discovered that the process of changing a habit has six stages.

“No one can be a slave to their identity. When there’s a possibility of change, we must change.”

1. Pre-contemplation: The first step that will help you change a habit

The process of changing a habit starts with those first hints that whisper in our ear. An almost faint voice tells us we have an unhealthy or negative habit. Sometimes, it comes from other people. Other times, we realize it ourselves. The fact is that we get the hint that we might have a habit worth changing.

At the same time, we might also feel denial or resistance. We look for reasons to keep a habit or dismiss the arguments in favor of change. People like to keep everything the way it is and the idea of great change doesn’t excite people at first.

It’s the longest stage in the process. In can last months, years, or even a lifetime. It’s the moment you realize you have a bad habit, it’s affecting you, and it’s best to change it.

This is also the stage where you decide to change and eventually take action to achieve that change. There’s no more denying it. However, there might be a lack of motivation or difficulties in finding the right path towards change.

Preparation is the stage where we begin to make a real effort to change. It’s when we try and try again, even though we keep failing.

In this stage, the person discovers just how hard it is to change a habit. However, the person is still conscious of the fact that they need to change. They begin to identify the main obstacles they must move past to change. It’s a necessary stage that represents progress.

In this stage, there are conscious and continuous efforts to change a habit. The person plans a strategy to achieve their goal, often with the help of other’s people advice or gathered information. There are noticeable achievements, although they might not represent a radical change.

Many times realization fails because we don’t carry out the other steps. Some people want to succeed at once, but this doesn’t tend to happen. In any case, there’s an observable and clear progress in this stage.

As the name implies, this is the stage where we maintain our new behaviors. We’ve broken an old habit or acquired a new one. Now, we must make it last and integrate it into our lives. In this stage, there’s greater certainty and confidence.

However, to maintain the new habit, we have to acquire new reinforcement habits. For example, if the goal was to stop smoking, a new habit of physical activity would be perfect. It’s also very important to stay motivated and reward yourself frequently for your achievements.

Relapsing is very normal in the change process. The human mind isn’t linear. However, a relapse doesn’t mean you have to go back to the start.

If you relapse, you should go back to the preparation stage of the process. It’s also essential not to get flustered. Instead, you should stay motivated and not let doubt take over. It’s always good to examine what led to the relapse and identify the risk factors.

Changing a habit isn’t easy. However, when you do, you boost your self-esteem and feel more optimistic and confident in what you’re capable of doing. In addition, you also improve your quality of life and eliminate potentially harmful factors.

Habits That Lower Your I.Q.
There are a series of habits that lower your I.Q. The smartest thing to do is to keep them under control. Read more here! Read more »
Link copied!
Interesting Articles
Literature and Psychology
5 Fascinating Micro Stories to Help You Imagine and Dream

There are phrases that, when they are good and fit into our lives, are able to inspire questions or get us closer to finding answers that we otherwise couldn't. In addition,…

Culture
The Thoughts of Confucius: A Legacy for Humanity

Confucius was a Chinese philosopher who lived in an era in which war and confusion reigned. However, he never gave up…