Sometimes, it's quite difficult to distinguish a psychological pregnancy from a real one. Some women even test positive in laboratory tests. It's a complex phenomenon that demands attention from a mental health professional. Learn more with us! 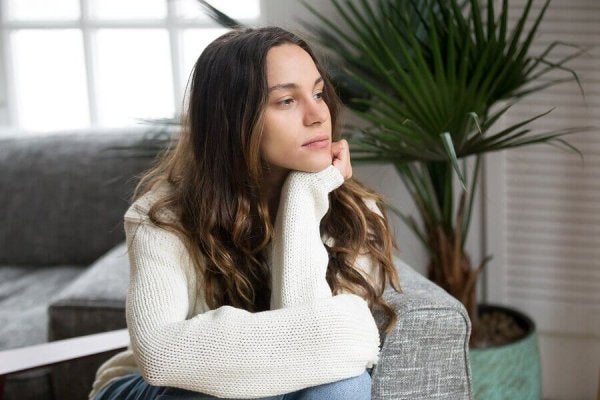 Psychological pregnancies are extremely rare. However, this phenomenon is the greatest proof of the fact that, basically, the human mind has the incredible ability to create and consolidate parallel realities. Now, this phenomenon has a technical name: pseudocyesis. Nevertheless, some people know it as the Rapunzel syndrome, imaginary pregnancy, or utopian pregnancy.

Additionally, we must mention another phenomenon that’s deeply connected to this one. We’re talking about Couvade syndrome. This disorder refers to the symptoms some men experience when their partners become pregnant. Believe it or not, they begin to experience several pregnancy symptoms such as morning sickness, cravings, and hypersensitivity, among others.

Moreover, there’s evidence that some animals also experience psychological pregnancies, particularly dogs. In this case, there’s an increase in prolactin, the substance responsible for lactation. This, as a consequence, leads them to experience breast growth and to adopt toys or other objects as if they were their puppies.

The causes of psychological pregnancy in humans

There have been many cases of psychological pregnancy. The available data indicates that this phenomenon used to occur more frequently than it does today. Currently, there’s only one case per every 22,000 real pregnancies.

Its causes are entirely psychological. In practically all cases, there’s a pressure factor on women. The most common causes are:

Imaginary pregnancies aren’t part of an isolated problem. It’s not a problem in itself but the manifestation of something that goes beyond. It most likely reflects quite a complex picture. It’s a delusional condition in which schizophrenia may or may not play a role. Usually, it doesn’t.

The usual symptoms of psychological pregnancies

Although psychological pregnancies are merely mental (hence the name), its symptoms are the same as those of a real pregnancy. There are cases where anxiety produces changes in the woman’s neuroendocrine system. That’s the reason why pregnancy tests come back positive when the woman isn’t actually pregnant. The only 100% reliable test is an ultrasound.

Women who suffer from this phenomenon have symptoms such as the absence of menstruation, morning sickness, and a sensation of fetal movement. The most puzzling thing is that they also gain weight, their belly grows as well as their breasts, and basically everything corresponds to a normal pregnancy. There are many cases in which psychological pregnancies are only detected at the time of delivery.

Many women with this problem don’t fully understand the experience. At the time of delivery, they believe that they had an abortion or that their child died and that everyone around them wants to hide those facts. On occasions, this picture is part of another type of psychological or mental disorder.

Psychological pregnancies aren’t easy for the women who experience them. For this reason, they need understanding and support from those around them. The problem isn’t the pregnancy itself but what lies underneath it. In general, it’s a hysterical phenomenon through which a woman tries to strengthen her feminine identity or rebel against a circumstance in her life.

As in any other delusional phenomenon, the expert shouldn’t ask the woman to come to her senses, showing her the evidence of her mistake. In one way or another, psychological pregnancies are a form of unconscious defense and not an error of thought. In a way, the woman needs this pregnancy to protect herself from another reality. More often than not, said reality is extremely difficult to deal with.

Mental health professionals must be the ones to treat these cases. The goal is to help the woman recognize the conflict that this condition brings to the surface. Of course, this isn’t an easy thing to do, as it must be done progressively. In addition to this, another goal is to provide them with the necessary psychological tools in order to tackle this issue. This is only achieved through an adequate therapeutic process that offers understanding, support, and accompaniment.

Tokophobia: The Irrational Fear of Pregnancy and Childbirth
Anxiety about childbirth is common. Less common is a true irrational fear not just of giving birth, but of getting pregnant. This is known as tokophobia. Read more »
Link copied!
Interesting Articles
Clinical Psychology
The Stages of Alcoholism According to Jellinek