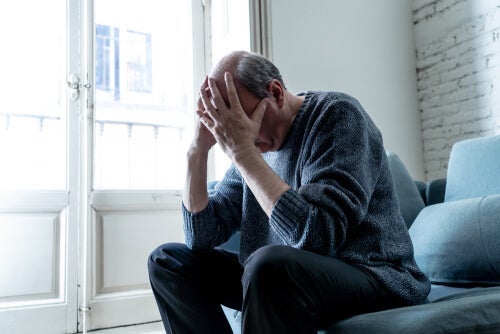 The effects of confinement on people with pre-existing mental health issues is a topic that may be being neglected. We’ve forgotten those who had already been suffering from a mental health or psychological disorder.

Some people may be suffering from addiction problems, schizophrenia, borderline personality disorder, or eating disorders such as bulimia or anorexia. Also, we shouldn’t forget those who are looking after family members who suffer from these problems.

In this regard, organizations such as the University of Washington have warned that another effect of the current pandemic is the cases of depression caused by the current situation. However, many aren’t taking people with pre-existing mental health problems into account.

Psychologists warn of an increase in relapses. They stress the urgency of establishing follow-up and support networks and allowing professionals to travel to monitor the condition of these patients.

This is because, sometimes, a call isn’t enough, as professionals need to be physically present to notice crises, setbacks, or critical situations that can have serious consequences.

If mental health problems were already invisible before the pandemic, they now remain in an even more secluded and, above all, neglected arena.

Many people have lost their routines. The support groups and therapy sessions that were allowing many to progress are gone. Thus, some are returning to their addictions.

Others are on the verge of a depression relapse. Many remain unaware of how to react to a child who may no longer want to take the medications they need for their psychiatric condition. There are many varied cases, meaning that the effects of confinement are immense.

China has already taken this into account. In fact, very recently, The Lancet published a study in which doctors Hao Jao and Jian Chen delved deeper into this problem.

It’s been shown that people with mental problems are at a greater risk of contracting the coronavirus. Many have a weakened immune system. Others have a greater tendency to skip confinement and engage in behaviors that increase the risk of contagion. Mental health problems often lead to other diseases, and this increases their vulnerability to infection.

Another added factor is the fact that it’s becoming increasingly difficult for these patients to receive adequate psychological and medical care when they need it.

Below, we analyze other factors regarding pre-existing mental health issues in confinement.

Confinement may be harder for people with pre-existing mental health problems, as many have a harder time asking for support and assistance.

For example, many of these people would love to be able to take a short walk every day. Although this is still impossible in many countries, thankfully, restrictions are starting to be lifted in others.

An added factor is the fact that a lot of people don’t have access to sunlight. The situation worsens if, on top of this, they’re suffering from a mental disorder or illness. However, there are other problems we need to bear in mind:

What strategies should be followed?

Confinement in people with pre-existing mental health problems can be very problematic. Some patients face it alone. Others, along with their families, simply don’t know what to do. If this is your situation, here are some strategies you should take into account:

To conclude, you must remember that you’re not alone. Also, if you know someone in this same situation, think about how you can help them.

Interesting Articles
Hormones
What Are the Happiness Hormones?