The Power of the Duchenne Smile 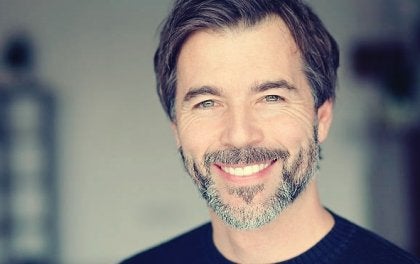 Some say that the Duchenne smile is the most genuine smile. Its magic dazzles us and transmits positive emotions. Thus, out of all the expressions the human face can reflect, this is undoubtedly one of the most attractive and striking ones. The science of smiles has been studying it for decades due to its powerful effect.

Some people define smiles as ‘social catalysts’. However, they’re much more than that. Human beings arrive in this world with that social mechanism imprinted in their DNA. In fact, even blind people smile automatically without ever having seen a smile. This impulse improves moods, optimizes relationships, and allows us to express our emotions without words.

“Because of your smile, you make life more beautiful.”

It’s important to mention that there are different types of smiles. Not all smiles are the same. In fact, there’s one that stands out above the rest in a remarkable way. We’re talking about the Duchenne smile. Its namesake comes from Guillaume-Benjamin-Amand Duchenne, the neurologist and pioneer of photographic medicine, who studied it in the mid-nineteenth century.

Dr. Duchenne, an expert in the physiology of movement, wanted to describe and distinguish how fake smiles differ from authentic ones. In order to do that, he detailed step by step how smiles form and appear on our face. To smile, we use many muscles of our complex facial structure. It’s undoubtedly an interesting subject worth exploring.

What do we know about the Duchenne smile?

It’s very likely that some of our readers doubt that a genuine and sincere smile exists. The people who believe this aren’t wrong. As many suspect, the Duchenne smile can be imitated. It can turn into a fake smile with a concrete goal: to seduce, convince, attract, and deceive.

Tufts University in Massachusetts carried out a study and published it in The British Psychological Society. In the study, out of 98 participants, more than 69% could imitate this type of smile with “near perfection”.

We say ‘near’ because an expert on Duchenne smiles could see that those smiles were fake. In this social gesture, there’s a slight difference that goes beyond the mouth and eyes: its emotional authenticity.

How to identify a Duchenne smile

As Dr. Duchenne explained in 1862, the essential feature of any smile is the elevation of the corners of the lips, which the cheek muscles lift. A Duchenne smile has a unique and exceptional tone that positive emotion and joy generate. A subtle combination of different muscles transmits this tone.

This type of smile originates with the contraction of the major and minor zygomaticus muscles near the mouth. Consequently, these raise the corners of the lips. However, the singular difference is that small wrinkles form around the eyes when both the cheeks and the orbicularis oculi muscle, near the eye, contract.

Paul Ekman is a psychologist famous for his work in the field of emotions and smiles. Thanks to him, we know that there are up to 18 different types of smiles, the emotions that are related to them, and the facial muscles involved in each expression.

Something Dr. Ekman points out is that most smiles (including fake ones) have their own objective. However, an authentic Duchenne smile is a reflection of the soul‘s emotions.

This idea may seem poetic, but it’s actually something he wrote in a study published in a social psychology journal. Namely, he stated that we can identify this gesture by looking into a person’s eyes. It’s there where we can perceive happiness, well-being, and the most authentic connection.

One aspect we should know about the Duchenne smile is that it’s controlled by the motor cortex and the limbic system. What does this mean? Basically, that this gesture involves the most emotional part of the brain. All this leads us to conclude that real smiles come from that part of the brain.

So, when someone smiles at you, don’t just focus on the attractive shape of their lips. Look at their eyes to see if they’re shining with genuine positive emotions. Perceive their sincerity and their gaze that doesn’t shy away and embraces us deeply.

To conclude, just as Daniel Goleman points out in his book Social Intelligence, there are many sad people with fake smiles. If we work on our emotions and invest in happiness and well-being, we’ll show the world what a real Duchenne smile looks like.

What’s a Baby’s Smile Telling Us?
One of the most wonderful sights we can experience is a baby's smile. But what are they exactly trying to communicate? Read on and find out. Read more »
Link copied!
Interesting Articles
Culture
Empathetic Leadership

Nowadays, teamwork, collaboration, and interdependence are necessary, meaning that it's very important to have a good leader. However, we're not talking about just any kind of leader. Companies demand that people…

It's been almost three years since I started suffering panic and anxiety attacks. It's gotten a lot more intense in the…