Phrases by Bill Gates for a New Perspective

What stands out the most in the following phrases by Bill Gates is his common sense. He could foresee major changes and induced them throughout the planet in a pragmatic manner. 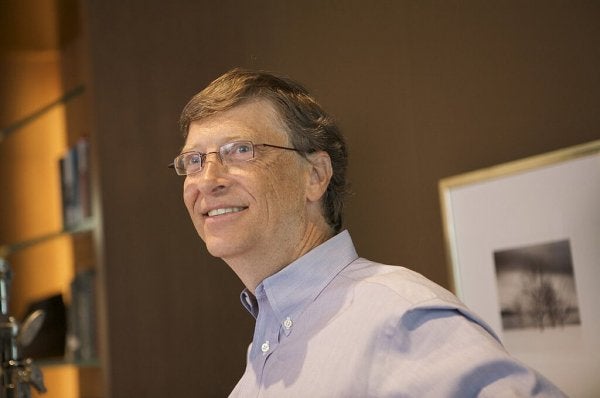 Many of the phrases by Bill Gates have gone around the world. He’s one of the most influential contemporary entrepreneurs. Some people admire the fact that he’s among the top ten millionaires in history. However, others admire his innovative products and philanthropic activities. The truth is very few are indifferent to him.

Although he’s incurred on improper industrial practices on several occasions, many people prefer to think of him as a symbol of innovation. In fact, most of the phrases by Bill Gates allude to it.

Be that as it may, the world was different before Microsoft came into the picture. Gates’ way of seeing reality led to changes and this is clear in some of his quotes. Below, we share some of the most emblematic.

Nerds and the future

“Be nice to nerds. Chances are you’ll end up working for one.”

Nerds are those people who think or act in an unusual way. They’re those who “normal” folk often label as “strangers” or “eccentrics”, the same who often tease and reject them in some circles.

This phrase shows another perspective. This is because this man knows that some of those geeks will, over time, drive innovation and prevail over the great majority. It makes sense though, as innovation always begins by stepping away from the herd.

Phrases by Bill Gates on information

This might be one of the most well-known phrases by Bill Gates in the world. It’s a sort of slogan or a mantra of this era. This is because access to information decisively shifted the power in today’s world.

So much so, that a single hacker can shake the financial system from the comfort of their home, as it’s been the case in several embezzlements. Similarly, much of the news that circulates through social networks can make or bring down entire governments.

Creativity and the opinion of others

“We tell people that if no one laughs at at least one of their ideas, they’re probably not being creative enough.”

This criterion probably doesn’t make sense in traditional companies, but it’s the mantra of “cutting-edge” companies. There’s always an element of “craziness” in creativity.

In order to create and innovate, you must let your imagination run wild. Truly creative products may initially seem absurd and impossible. They may even lead to laughter. However, it’s the beginning of novelty.

“If you mess up, it’s not your parents’ fault, so don’t whine about your mistakes, learn from them.”

This is a wonderful phrase that asks you to take responsibility for your actions. It includes two interesting ideas. The first and most obvious is not to blame others for what you do. You should be responsible for repairing any deficiencies or mistakes in your past education if you’re an adult.

Similarly, this phrase also indicates that you may not get things right when you’re doing things for the first time. Therefore, mistakes shouldn’t discourage you. Thus, the smart course of action is to analyze what you did wrong and draw knowledge from it.

“Don’t compare yourself with anyone in this world; if you do so, you’re insulting yourself.”

Comparing yourself with others is a completely useless exercise, not to mention neurotic. There’s a lot of emphasis on this and, yet, it’s very common to catch yourself taking the achievements and failures of others as a point of reference for self-evaluation.

Bill Gates rightly says that this behavior is a self-insult. It’s because you’re not considering the variables that make you an individual. Each reality is the product of multiple specific factors, so it’s unique and incomparable.

Finally, all of these phrases by Bill Gates stand out for their common sense. He’s impacted an entire era, no doubt. He’s worth listening to, as he’s someone who understands today’s world like few others.

Good Grades Don’t Guarantee Professional Success
Have you ever heard about a famous person whose grades in school left much to be desired? It seems impossible to think that someone who has achieved Read more »
Link copied!
Interesting Articles
Sayings
Captain Fantastic: Food for Thought

Many of the quotes written by Antonio Gramsci have a rather particular charm. Almost all of them represent the perfect…