Media Manipulation: 10 Strategies the Media Uses to Manipulate Us 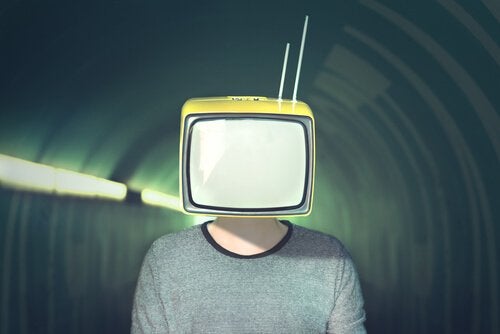 Although the term “media manipulation” is not well-known, we owe Sylvain Timsit for the valuable contribution. In 2002, the French writer created a list of 10 strategies of media manipulation used by political and economic powers to control the public. And although it’s been 15 years, his list is still a very powerful, valid argument to consider.

The list is a ranking of methods of mass manipulation. The purpose of these strategies, according to the author, is to create docile, submissive, and obedient individuals. In addition, he says the media uses them to support capitalism, inequality, and neo-capitalism.

Timsit’s post went viral in a matter of minutes. And it was actually wrongfully attributed to Noam Chomsky. That said, there are certainly glimpses of Chomsky’s beliefs in Timsit’s work, especially in regards to the critical analysis of mass media’s role in our society.

According to Timsit, 10 ways that the media manipulates the masses are:

The strategy of distraction consists of deviating the public’s attention from important issues. One way they do it is by flooding the news with stories on trivial issues. The objective is to distract the people and keep their minds occupied. The result is that people stop questioning why the media isn’t talking about certain issues; the people forget the real issues.

This method is the equivalent of doing a “poll“ in politics. That is, it consists of testing the population by spreading rumors or ideas in order to evaluate how the population would receive them. It is creating a problem in order to later solve it. Then the public sees the manipulators as heroes.

Gradualism manipulates the people by getting them to accept socially unjust decisions. The key is to do it progressively, slowly, over the course of years.

For example, say the objective is to fire 80% of the staff of a large high-profile company. The media would begin to incorporate negative news about the company: sales drops, stock market crashes, rumors, etc. Slowly, it would create awareness and begin preparing people for the “big news.“ If the layoffs had been made known at the beginning, there would have been a public uproar.

Another strategy Timsit includes in media manipulation is that of presenting unpopular decisions as “necessary”, “for a better future”, or “for our own good”. They make the public genuinely believe that their sacrifices will lead things being significantly better later on.

So the citizens get used to a lower quality of life. They start seeing it as normal. Ultimately, the people will resign themselves to the current state of things and will stop demanding what they were demanding.

The more the media wants to manipulate the public, the more they will talk to the public like they’re children. Sugarcoated arguments, characters, and intonations are used, as if the people were too weak or immature to handle the truth. The goal is also a submissive, docile reaction. The idea is to keep the people from thinking critically like adults.

Emotional appeals are much more powerful than sterile, purely objective ones. The media knows it, and so they appeal to the public’s emotions. Again, they try to keep people from thinking critically; they try to control their thoughts. Remember how powerful fear can be.

Keeping the public ignorant and mediocre

According to Timsit, the media prefers an ignorant, uncultured public. Keeping them isolated from knowledge makes them easier to manipulate. It also keeps insubordination and rebellion away. Information is power.

Encouraging people to contribute to mediocrity

This point and the previous one are very similar, and this one is one of the most subtle strategies of media manipulation. Do the shows offered on TV match what the general public wants? Or are they imposed on us by the media? In other words, do we actually watch what we want to watch, or what they want us to watch?

For Timsit, the answer is clear. Consumerism and banality are hypnotonizing us. Therefore, we don’t care about our surroundings, having been trained to be mediocre.

At the same time that the media is encouraging our ignorance, they are also making us believe that we’re the only ones responsible for our misfortunes. The media tells us that our scarce skills will make us miserable and unsuccessful. In essence they seek self-incrimination through self-exculpation and keep the public from mobilizing.

Complete knowledge of the public

In order to exert control over someone, you need to know them. Unfortunately, our modern oligarchies have taken care of this perfectly. For Timsit, psychological, social, and technological advances now allow large companies to know everything about every single individual. The “system” knows us and that means it can manipulate us exactly where we’re weak.

How We’re Manipulated by the Media
told in a particular way to influence what and how to think. Do you want to know how the media is able to achieve this level of control over your mind? Read more »
Link copied!
Interesting Articles
Psychology
The Delicate Art of Responding to Praise

Responding elegantly to praise is not an easy art to master. Maybe it's embarrassing and you downplay it, or you…

Books can be an excellent tool when it comes to dealing with depression. They help us understand our worst enemy…

Psychology
How to Solve Sleep Problems

There are nights when you don't sleep as well as you would like. You're exhausted, ready to sleep but it doesn't come. Then you start to obsessively look at the…