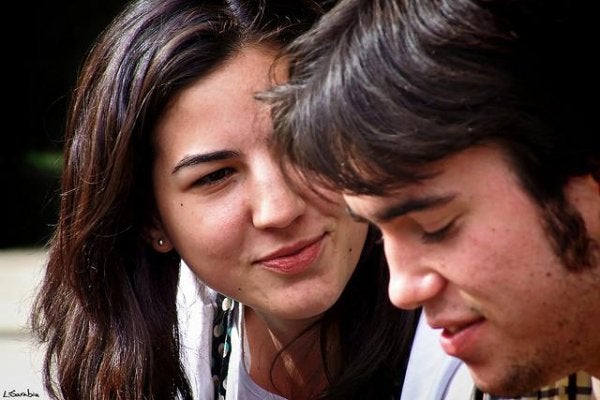 At first, they seem like the friendliest people in the world. They tend to be sociable, good conversationalists and have attractive personalities. However, with the passage of time you start to feel that the person becomes a bit of a burden: they talk too much and almost always about themselves. They tell you the same stories over and over again. They are the type of person who feels authorized to talk about any subject, although they don’t know anything about it. And nobody can get them to shut up.

After you talk to that kind of person, you feel like you have wasted your time. Because ultimately, it wasn’t a conversation. Instead, it was a sort of sparring match in a long monologue. That’s why it’s likely that when you find that person again, you’ll make up some excuse to avoid another chat.

Someone who talks too much about themselves has not established a clear limit between themselves and their surroundings. Their narcissistic personality keeps them from realizing that they’re not the center of the world. That’s why they think it’s normal that every conversation should revolve around them.

Actually, it doesn’t even cross their mind that their droning on and on can bore others. And if they are told this directly, they will assume that the problem lies within the other person, not within themselves.

That excessive need for all of the attention to be focused on them originates from subconscious insecurities. They feel gratification if they can get others to listen to them all the time. They perceive this as proof of their own worth. This type of person fails to get in tune with other people’s desires. Instead, they always revolve around their own needs.

People who talk nonstop obviously have a great need to be heard or listened to. Though they might not be saying anything at all. Talking with other people distracts them from the inner dialogue that each one of us maintains with ourselves. That person doesn’t want to listen to themselves. They only want to be heard. They look at themselves through other people.

Some people always talk about themselves in order to make an inventory of their sufferings. They don’t ask for your help, nor will they accept your advice. They assume that you should simply act considerately towards them. Others do the opposite: they tell you a chain of stories to prove to you how marvelous they are. They tell you about their thousands of daily deeds, always awaiting some type of “hoorah!” from you.

Some people will talk to you about their problems in order to ask you for guidance or advice. It’s as if you were their private, not to mention free, therapist. These are people that never ask you how you’re doing or if you’re also going through difficulties. They simply assume that their problems are more serious than yours and that it is your obligation to listen to them and offer them advice.

In all of these cases, a genuine conversation never takes place. It’s more about a form of manipulation through words. You partake in a strange kind of game with them, in which sometimes you can even feel some sort of commitment to remain in. Obliged to listen to them, to praise or feel sorry for them. But your bond with these people is not authentic. It always exists under the shadow of that feeling that “something is wrong”.

It’s good for you to at some point directly and in a friendly manner express how positive a conversation can be when there’s a chance to talk as well as listen. It is also good for you to invite them to talk about new topics.

Although it is not impossible to interact with this type of person, since they can at many times once again become the friendly people you knew in the beginning, learning to set boundaries is a must. If you feel like it is affecting you, that it makes you uncomfortable, or it unleashes feelings of guilt or emptiness, it’s best for you to walk away.

Psychology
What Your Cigarette Smoke Is Masking

Many people are constantly shadowed by their habit of smoking. Some are aware of the consequences that come with this habit,…

Attachment is the affective bond that develops primarily out of a search for safety and well-being. In some cases, the…

Many factors influence how we sleep, from the room's ambient temperature to what we had for dinner. Sleep hygiene studies…