People are Made of Courage and Hope

You're not just made of dreams and endless questions. Thus, there comes a time when you realize it. You must often display your courage and hope because you're yet to experience many great things. 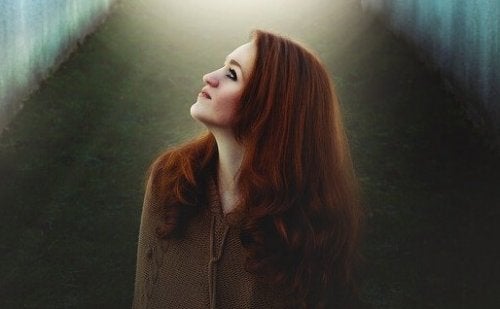 Scientists say that 99% of the human body is made of four chemical elements: carbon, hydrogen, oxygen, and nitrogen. Also, they point out that 73% of atoms in the human body come from the explosion of massive stars. However, they tend to forget two important components. This is because, if there’s something you learn throughout life, is that you’re made of courage and hope.

Humans have the potential of being extraordinary. As Stephen Hawking puts it, we merely inhabit a minor planet in an average star. Still, our species can understand the universe and write highly courageous and ingenious stories. Even if we forget and neglect our psychological strengths and lose the original shine that the stars left in our DNA.

However, this is normal and even permissible because one can’t be a hero every day. Thus, it’s impossible to be strong under every circumstance. Everyone has the right to fail and to curl up and take refuge in the abysses of their losses for a while. This is because certain experiences require a period of hibernation.

After all, the best heroes aren’t the ones who wear bright armors and red boots and capes. The true heroes are flesh and blood, made of scars, sad stories, and tanned skin after a thousand experiences. Humans are stubborn beings who rarely stop feeding hope. Therefore, we’re unique.

People are made of courage and hope

Don’t let this statement fade into oblivion because people are truly made of courage and hope. Bits of courage interspersed with corners that contain illusions and dreams.

You may often protest because the world doesn’t conform to your wishes and expectations. And you may also be persistent when it comes to your goals and even forgetful at times. Mainly when you neglect yourself in the midst of your tasks and duties.

Howard Gardner, a psychologist and professor at Harvard University, points out that one of humans’ biggest flaws is the difficulty to cope with change. Those are the moments when you may underestimate yourself the most.

Humans are intelligent beings but find it difficult to give up certain circumstances. Mainly to stability, those routines where certain activities, occupations, and people fill your days.

Perhaps you forget that every life cycle is nothing but a constant transformation process. There are losses and gains, as well as doors that close and windows that open.

A change arouses fear and you may tell yourself over and over that you’re not ready for something like this. However, as Kakuzo Okakura, a 19th-century Japanese philosopher, pointed out, the art of life is nothing more than a constant readjustment to a changing environment.

Courage in the face of scary change

Two years ago, the University of Alabama conducted an interesting study to better understand what courage was. Those responsible for this work, Dr. Mark Howell and Elaine Coshgell, analyzed a large group of people who faced complex situations and traumatic changes throughout their lives.

Thus, they were able to define that the personality endowed with this type of courage has the following characteristics:

As you can see, courage is an internal quality. It’s related to resilience and is, after all, a response from your brain to promote survival.

It might inspire you to discover that courage is an internal mechanism in every human being. People are as good as their courage and hope because we move forward thanks to these approaches and gears. These psychological forces guarantee human survival, overcoming obstacles, chining up, activating the mind, and heart and the will to not fear change.

It isn’t easy but it’s true. And as per the beginning of this article, you may not always have the energy necessary to overcome your daily fears. However, the human brain has fascinating abilities that guide it in this much-needed exercise to overcome certain things.

Intelligence and creativity help humans solve problems in the most original way. Persistence is a motor that has no room for surrendering.

Emotions aren’t easy to forget. As Antonio Damasio points out, they seek to favor your homeostasis to allow you to act, survive, adapt, and react. People are their courage, hope, and dreams. Don’t you forget it! Humans have the matter of those stars that gave life to our DNA and, thus, designed to shine in the darkest days.

Knowing How to Wait Takes Courage
Knowing how to wait is important. You must wait as long as you need to for the seeds to sprout and grow, and for the feelings to appear. Read more »
Link copied!
Interesting Articles
Personal Development
The Fear of Taking the Leap

Personal Development
How to Work With the SCORE Model

If you manage or work with teams, and need an easy-to-use coaching, problem-solving, and strategy model that you can use…

Personal Development
A Strong Character and Resilience: What's the Connection?

A strong character and resilience are intimately related. People with these two characteristics know how to deal with reality and…