Parents Who Control Their Adult Children

Controlling parents don't change their behavior just because their children are grown. On the contrary, they often resort to more sophisticated techniques such as emotional blackmail or victimism to manipulate their adult children. 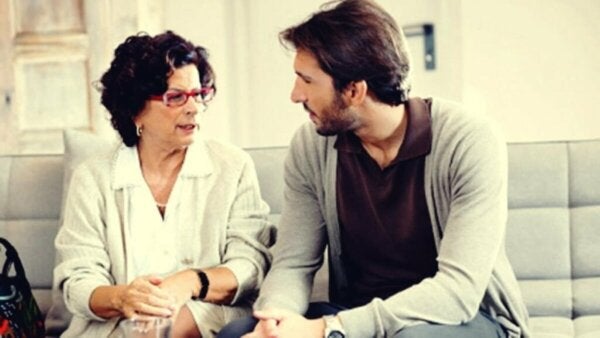 Giving unsolicited advice. Constantly berating their children about what they do or don’t do. Using emotional blackmail to get what they want. Negatively affecting their children’s self-esteem. Parents who control their adult children use techniques that are often so devious you could write a book about them.

Unfortunately, this behavior can cause unnecessary suffering. Some people reach adulthood and continue to deal with parents who criticize everything they do or who are constantly trying to control them. Although this problem often goes undetected, it’s very damaging to the victim’s dignity and self-confidence.

Society tends to extol the work of parents and idealize the family unit as a refuge of unconditional love and support. However, the reality is that the way some parents raise their children leads to suffering and unhappiness. Unfortunately, those dynamics don’t automatically change when the children reach adulthood. On the contrary, sometimes, they become more entrenched and difficult to cope with.

Why do some parents control their children? Why is it so hard for these adult children to put a stop to the situation? Let’s take a look at some of the factors at play in this unhealthy family dynamic.

Parents who control their adult children

Many parents control their adult children. It doesn’t matter that their son or daughter moved out long ago or has their own family and separate life. In some cases, the umbilical cord was never cut and continues to transport a kind of toxic love that only seeks to foster dependence.

If you’re wondering what might lie behind this need for control, the answer is simple. People who want to control others are trying to relieve the feeling that they’re lacking something.

In the case of parents and adult children, the former are afraid of loneliness, so they do everything in their power to keep their children dependent on them. Closeness (and domination) makes them feel that they’re still useful. That feeling of power helps mitigate their low self-esteem and makes them unaware of the suffering they’re causing.

The fact that their children are grown doesn’t change their need to be in control. Instead, they use more subtle and sophisticated techniques. In fact, when parents spent many years psychologically manipulating their children, they’ll always find new paths and strategies to continue doing so.

The fear of letting life take its course

As we mentioned above, this need for control is driven by a feeling that they’re lacking something. However, fear is another important factor. These parents are afraid that their son or daughter will live an independent, mature, and free life, far from home. The controlling parent interprets any attempt on their adult child’s part to take the reigns as offensive. In fact, they feel attacked by this behavior, which triggers anger and anxiety.

They consider threatening the fact that their adult children make their own decisions. The controlling parent’s response to this is to second-guess those decisions. In fact, they even make their adult children feel guilty about the decisions they make. They say things such as, “How dare you move to another city for this job and leave me alone?” or “How can you possibly consider a serious relationship when you know that I need you?”

Parents who control their adult children constantly put up walls, making it impossible for their children’s lives to run their natural course.

Parents who control their adult children usually do it in an indirect, subtle, and painful way. This kind of manipulation is so insidious that people often have a hard time explaining it in therapy.

It’s like being stuck on a spider web. You’ve been there for so long that you think it’s normal. However, this behavior is far from normal.

Reflecting on the relationship you have with your parents is essential. No matter how old you are, you have to think about whether the connection is positive or negative. Although that may seem obvious, many people don’t realize how detrimental their family dynamics are to their well-being.

Here are some tips to help you break the cycle of these unhealthy attachments:

Whatever the situation, try talking to your parents clearly and assertively about how you want things to be. Emphasize that it’s for the best. Lastly, you should work on healing the pain from all those years of manipulation.

"Christmas, children, is not a date. It is a state of mind." That's what Mary Ellen Chase thought. But what…